The LORD is near to the brokenhearted And saves those who are crushed in spirit. 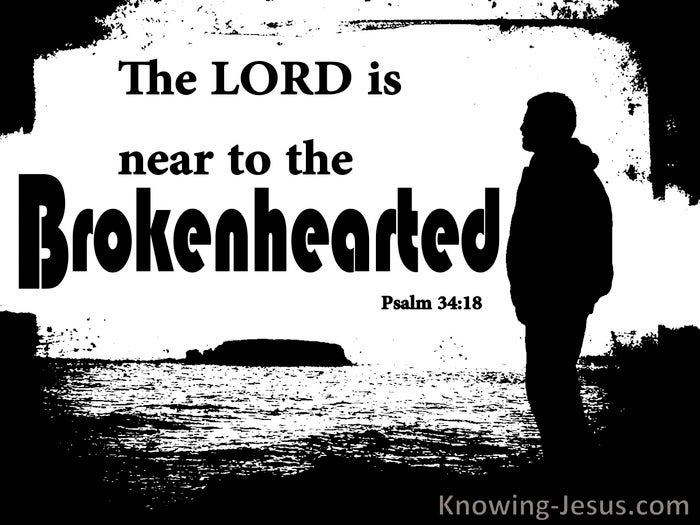 Our God and heavenly Father deserves our ongoing and eternal love and praise, because He has shown Himself to be a God Who cares for His people. He is the God Who delivers us out of all our difficulties. He hears those that call on His name. He delivers His people from all their fears and He comforts those that are encompassed with sadness and disappointments.

God is no respecter of persons, for He hears the cries of the poor man, and His eyes are open to the way of the righteous. He is close to those that fear His name, while His face opposes those that are quick to do evil. In His goodness and grace, the Lord delivers those that are being abused, and He helps those that are pursued by their enemies.

Down through centuries of time, the truth that is encapsulated in Psalm 34, has been a comfort and help to many of God's hurting people, for the eyes of the Lord are toward the righteous, and His ears are open to their cry. The face of the Lord is against those who do evil, but when the righteous cry to Him for help, the Lord hears and rescues them from all their distress and troubles. Yes, the LORD is very near to the brokenhearted, and He saves those who are crushed in spirit.

The comforting words in this Psalm were written by David after he escaped from the hands of his enemies. Having been anointed of God to be Israel's king... David was being hotly pursued by the jealous king Saul, whose loathing of David had reached boiling point.

David had to flee for his life and even sought refuge from Israel's bitter enemies - the Philistines! But fearing that they also might try to kill him, David managed to escape by dribbling down his beard and pretending to have gone crazy in the head! And how he praised God for his miraculous escape. I will bless the Lord at all times, was David's grateful testimony of his deliverance. I will continually bless the Lord. His praise shall always be in my mouth. My soul shall boast in the Lord and the humble will hear of it and be glad.

A thread of hope and praise weaves its way through these verses, as David makes a declaration of God's grace and loving-kindness to those that call on His name, and are humble in heart. And although the Lord does not always keep His children away from their troubles and trials, His grace is always sufficient.

The Lord is willing and able to draw close to all of His people.. as they go through life's various difficulties and dangers. He will not break a bruised reed.. nor will He quench a smoking flax. He is always close to the broken-hearted and He is the Saviour of those whose spirits are crushed down. He came, in the Person of the Lord Jesus Christ, to bind up the wounds of those in pain and to offer salvation to those that trust in Him.

He is the good Shepherd of His people; the Rock of our salvation, and a stronghold in time of trouble... and He travels with each one of His people through the valley of the shadow of death, and no one who puts their faith in Him will ever be disappointed.

In His goodness and grace, God the Father sent Jesus, His dearly beloved Son to preach good tidings of great joy to those that are meek. He came to bind up the broken-hearted; to proclaim liberty to the captives, and the opening of prison-gates to them that are bound by sin and death. And a day is also coming when He will proclaim the favourable year of the Lord and the day of vengeance of our God as He gives comfort to those who mourn and wipes away every tear.

In His loving-kindness and great mercy, our faithful God has given us His written word.. which testifies of His goodness and grace towards His people and declares the eternal truth of the glorious gospel of grace - that whosoever shall call on the name of the Lord, will be saved.

Heavenly Father, thank You that You are near to the broken-hearted and close to all who are crushed in spirit. Thank You for the testimony of the saints, that You are a faithful God, Whose mercies are new every morning. How we praise You, for You are a witness to Your Word - that You are a God, Who not only saves but keeps and helps and comforts and provides for all who are called by Your name - thank You in Jesus' name, AMEN. 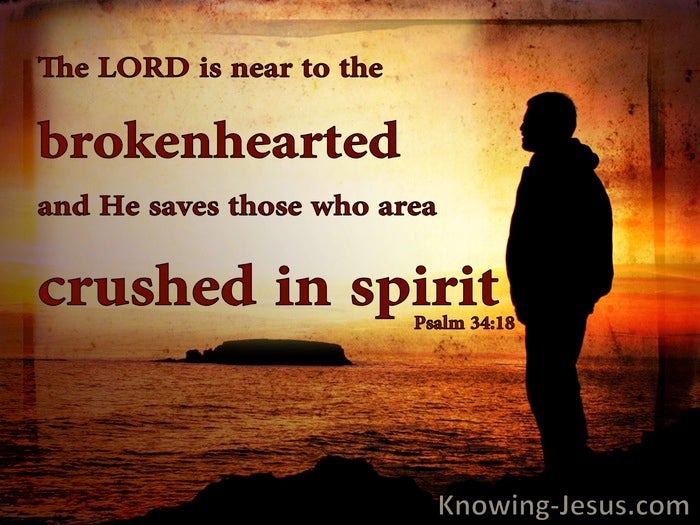 Choose a Verse from Psalm 34 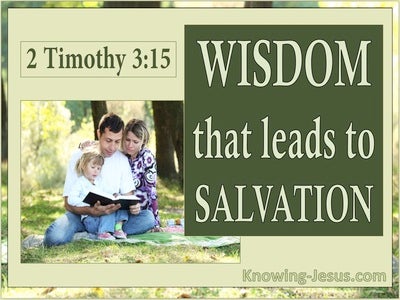 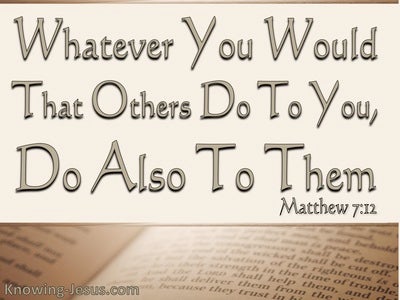 Handicapped For Christ
Can You Come Down?
Consequences of Sin - Growing In Grace (8)
Heavenly Fellowship