To You I lift up my eyes, O You who are enthroned in the heavens! 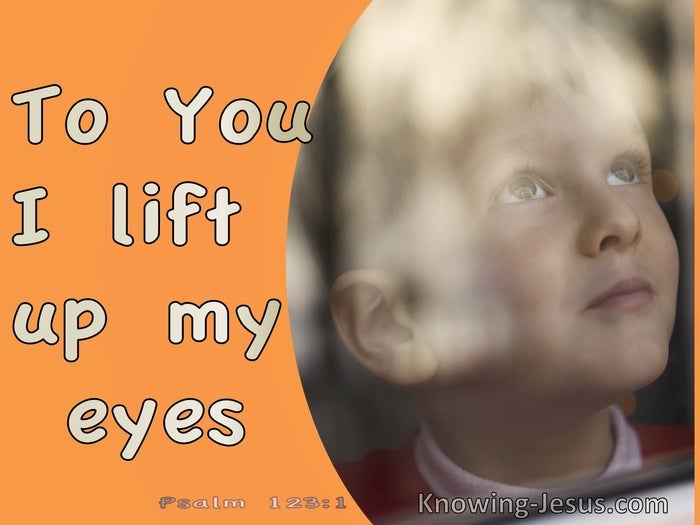 We who are saved by grace through faith should rejoice greatly that our God is enthroned in the heavens, and His kingdom rules over ALL. Psalm one hundred and twenty-three is one of the Songs of Ascent, that Jewish pilgrims, travelling to Jerusalem for the annual feasts-days would sing, as they journeyed along. They rejoiced because they were on their way to the city of Jerusalem, to worship the Lord God of heaven and earth.

Jerusalem is a city that is built on a hill and the magnificent Temple of God would be in their sights as they climbed higher and higher towards their destination. But it was to GOD that they looked. "To YOU, I lift up my eyes; O YOU, who are enthroned in the heavens!" they sang. The psalmist compared the trusting hope these pilgrims had in God and their attentiveness towards Him, as they journeyed along, with the eyes of a servant, who is ready to do his masters bidding or to the watchfulness of a servant-girl towards the needs of a beloved mistress.

These Jewish pilgrims knew that grace and favour comes from the Lord of the universe and that He is the One Who not only provides for their needs but protects them from their enemies. As this short psalm continues, we see that the reason these singers are looking earnestly to the Lord is that they need His strong arm to defend them from their many foes.

The people of God had become weary of the contempt their enemies showed towards them. These singing pilgrims were hoping that the Lord would hear their prayer and rescue them from the arrogant men who were causing them such suffering. They were trusting God to deliver them from their scornful enemies as together they sang... "To You, I lift up my eyes - as the eyes of servants look to the hand of their master, and the eyes of a maid to the hand of her mistress, so our eyes look to YOU, oh Lord our God, until You are gracious to us."

"Be gracious to us, O Lord," they sang, "Be gracious to us, for we are utterly despised. We have had our fill of the scoffing taunts of wealthy pagans. we are fed up with contempt the proud show us." We note that the writer of this psalm had his eyes fixed firmly on the Lord rather than on the problematic circumstances and disastrous situation the nation was in. He was looking to God to deliver them first, and then he explained the specific need.

While their journey was to Jerusalem their eyes were fixed on God, Who alone could deliver them. He was their promised Deliverer. They were looking to the Lord - not the mountains nor the holy city. Their focus was on the One Who made the hills and Who guarded the nation, and their prayer was persistent for it was sung, year by year, as they journeyed along the way.

What lessons we can learn from this short, Song of Ascent. How important to make the Lord the focus of our attention. How vital to look to the One Who is enthroned in heaven and Who created the universe for provision and protection. And while God knows the exact concerns we may have in our own lives, He wants us to come boldly to His throne of grace for mercy to find help in time of OUR need.

We may or may not be wearied by arrogant men who despise us. We may or may not have prideful enemies that are causing us strife, but whatever our need.. the Lord wants all His children to come to HIM and to cast ALL our cares on Him. He wants us to depend on HIM to deliver us from whatever difficult circumstances we may be facing.

He wants us to come to him in prayer and praise regularly and to expect HIM to deliver us from every eventuality in life - for He knows that the testing of our faith through the things that we experience and the afflictions that assail us, produces patient endurance, a Christlike character, and steadfast hope in God, that will never be disappointed.

Heavenly Father, how wonderful it is to lift up our eyes to You in prayer and praise, for You are our God and Saviour Who is enthroned in heavenly places. Thank You that there is no enemy that can daunt us, nor any circumstance in life that You do not permit for our spiritual development and eternal good. I pray that I would develop a Christlike character that honours Your name through the trials of life, and I pray that my prayers and praises would ascend to You as a sweet-smelling savour. Keep me ever walking in spirit and truth and looking to Jesus. This I pray in His holy name, AMEN. 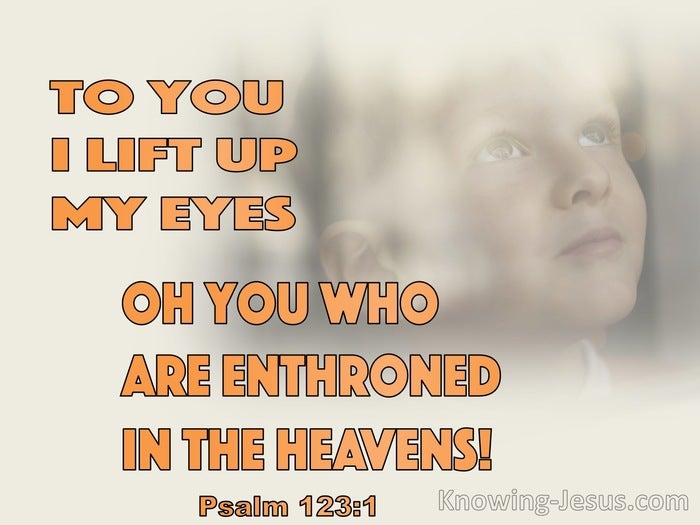 Choose a Verse from Psalm 123 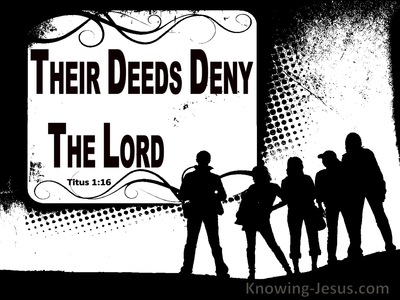 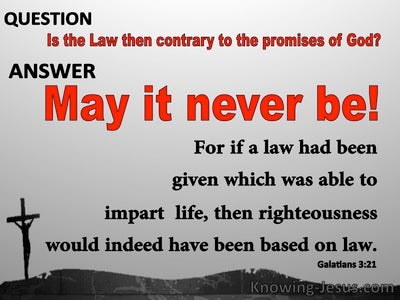 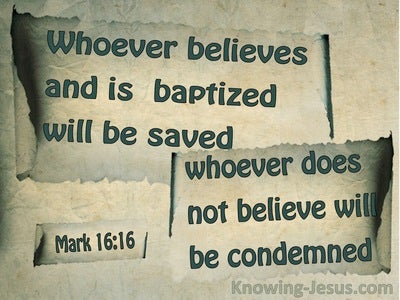 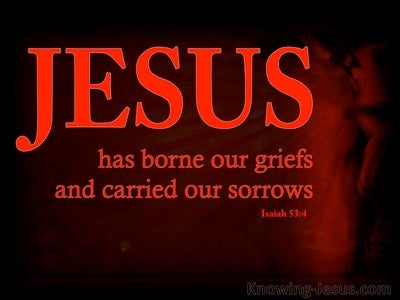