LORD, You will establish peace for us, Since You have also performed for us all our works. 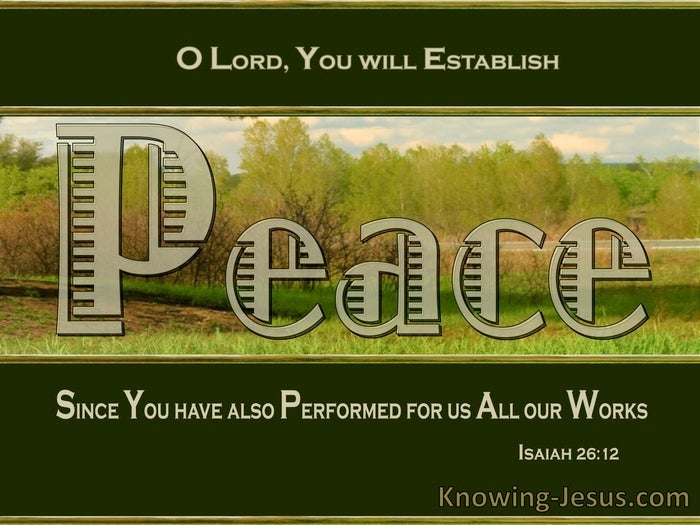 Apart from a brief section outlining the miraculous conception and birth of their Messiah, the coming millennial kingdom of Christ and God’s urgent call for Israel to cleanse their idolatrous ways, the prophet Isaiah pronounced God’s severe judgements on numerous nations and cities… including his own people.

After many chapters of judgement, we arrive at a lovely section of blessings, where Israel will sing a song of praise to the Lord for His promised kingdom. Judah will celebrate the Rock of Ages and the Lord Himself will rejoice over His redeemed people, with singing.

It is in the middle of chapter 26 that a remnant of the house of Judah are seen celebrating a future event, when a repentant, redeemed and restored Israel will have been reinstated as God’s righteous nation – and set apart unto Him.

They rejoice, in their restored faith in the God of their salvation, on Whom they depend and through Whom comes the perfect peace of God, which confounds all human understanding.

Because His righteous hand of judgement had been upon the nation, this little remnant sought the Lord diligently, with tears. They recognised that God had acted justly and righteously in His dealings with them, but were celebrating the future time of restoration, as they eagerly await for Him to act on their behalf.

In their glorious song they confess that God is faithful and true, and His mercy stretches from one generation to another. He even shows favour to the evil-doer, for His rain falls on the just and the unjust alike, and sinners and saints are warmed by the rays of the same sun.

They acknowledged in their song of praise, that when God acts in judgement it causes the people of the earth to know that He is God, and to learn that the way of righteousness is by faith in Him. However, they also recognise that the ungodly do not learn to be righteous – they refuse to recognise that God is the sovereign Lord of heaven and earth, and will be punished accordingly.

But God has promised to save those that trust in Him… and the joyful song of celebration, which the remnant of Judah sang, rejoices with the words: Lord, You will establish peace for us, since You have also performed for us all our works.

Even though the nation had been led into apostasy by false gods and were being punished by the God of heaven and earth for their sins, this remnant of Judah confessed that He alone is the only true and living God – and when His plans and purposes are completed He will be glorified for ever and ever.

Heavenly Father, how precious to know that You always have had a remnant that is true to the gospel of God, despite many in Christendom following after false gods and unbiblical doctrines. No matter what path others choose to take, I pray that You would keep my feet planted on the Rock of my salvation, and walking in the way of righteousness, for Your names sake and for Your greater glory. Thank You for the prophetic writings that remind us of the importance of looking to You moment by moment, in spirit and in truth – in Jesus name we pray, AMEN. 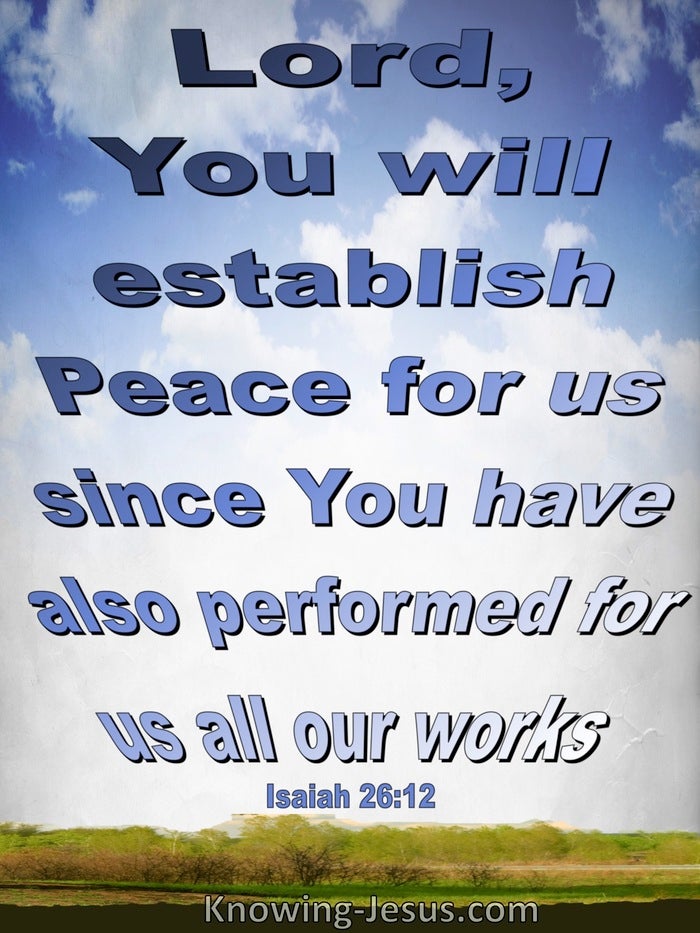 Choose a Verse from Isaiah 26 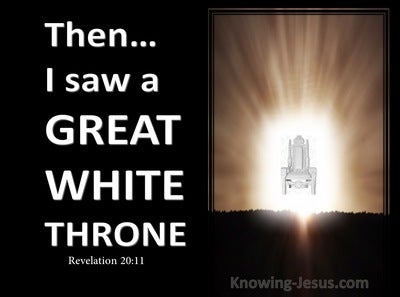 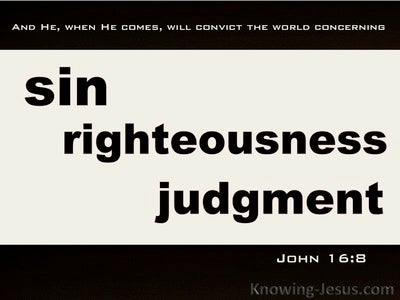 Cross Of Love
What Are You Haunted By?
God’s Crazy World - Man’s Nature and Destiny (27)
God’s Purpose For You