Do we then nullify the Law through faith? May it never be! On the contrary, we establish the Law. 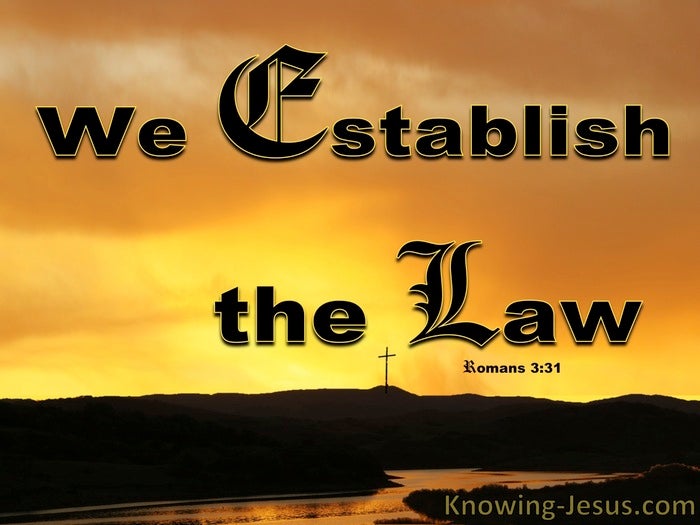 The focal point of the gospel of God is Jesus Christ, and how to be saved is the single, most important truth a sinner needs to know. Justification by faith in Christ is the one and only way to God... for the gospel of Christ is the power of God unto salvation for all who believe.

Paul laid emphasis for the best part of three chapters in his epistle to the Romans, on man's terrible guilt and need for salvation. All men need the forgiveness of sins and life everlasting, for all have sinned and all fall short of the perfection of God's perfect Law. But he rejoices to inform us that apart from the impossible task of keeping God's perfect Law, the righteousness of God has now been made known through faith in the Person and work of Jesus Christ. He is the sinless Son of God Who as our Kinsman-Redeemer, fulfilled every aspect of the Law... and He did it on behalf of all who would have faith in Him.

Paul lays out the bottom line that although no one is sinless and no one can keep God's perfect Law, there is an acceptable way to be declared righteous - and it is simply through faith in Christ.

The simplicity of the gospel caused many in the early Church considerable concern, for they knew that only those that are righteous in God's eyes can be saved... and strictly keeping to the Law seemed to be the only way to achieve such righteousness. And yet, the perfect standard of Law was incapable of being achieved by human effort.

For many, this seemed to imply that God's perfect Law was meaningless and so the question was asked, "Do we then nullify the Law through faith?" This is a concern that continues to be the cry of many today, for the simple gospel of salvation by grace through faith in Christ, seems to overthrow the legitimacy of God's divine authority that comes through the perfect Law.

But Paul answers this objection with the exclamation, "May it never be! - God forbid! - Banish the thought! On the contrary, we establish the Law - and it is established simply through faith." He explains that the purpose of the Law was to point us to Christ and is fulfilled when a sinner believes in Christ for the forgiveness of sin. The purpose and plan of the Mosaic Law is fulfilled when it has achieved its work in the life of an individual. When the Law has turned a sinner to repentance, so that they turn from their sin to faith to Jesus Christ - it has achieved the purpose for which it was given.

The Law demands perfect obedience, but when any part of the Law is broken it demands death. Death for the sinner means eternal separation from GOD... for the wages of sin is death BUT... the gift of God is eternal life, through faith in Jesus Christ. By His grace, the redemption price was paid in full by Jesus, so that when a sinner recognises their sin and seeks salvation by faith in Christ, the Law has fulfilled its work in the life of that sinner. When knowledge of the Law causes a man to admit he is a sinner and turn to Christ for salvation, then the Law is established in their life. The Law is not nullified by faith but is established.

Paul lays out why we are saved by faith and why we are not saved by works of the Law. The Law exposes sin but it cannot forgive sin. Sinners can never keep God's perfect Law which must be punished by death. But Christ took the punishment that we sinners deserve so that we may be declared righteous saints in the eyes of God - through faith. We are freed from the curse of the Law - by faith.

The prime purpose of the Law is to expose our sinfulness and point us to faith in Christ's righteousness and when a sinner is saved by grace, the Law has been established in that life. "Do we then nullify the Law through faith?" is Pauls's rhetorical question, to which he immediately responds, "May it never be! On the contrary, we establish the Law."

Far from negating the Law, the gospel of Christ upholds the Law, for the death penalty is paid for every man's sin by Christ and those who place their trust in His finished work for salvation instead of trusting their own works of righteousness are saved from death - BY FAITH.

Heavenly Father, thank You for the simple gospel of Christ. Thank You that it is the power of God to declare righteous all those who have faith in Christ for the forgiveness of sins. In Jesus' name, AMEN. 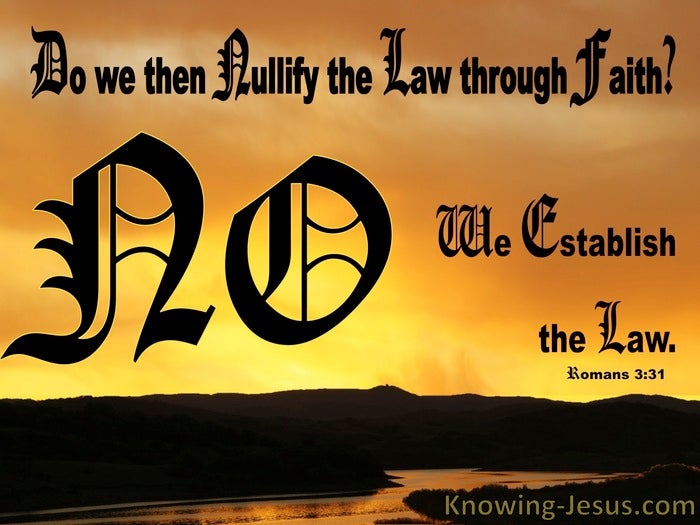 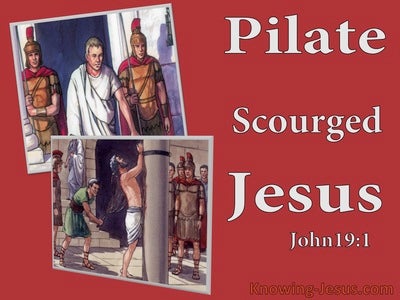 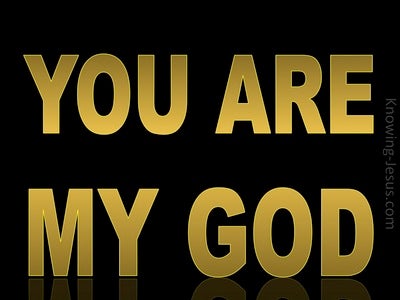