What then? If some did not believe, their unbelief will not nullify the faithfulness of God, will it? 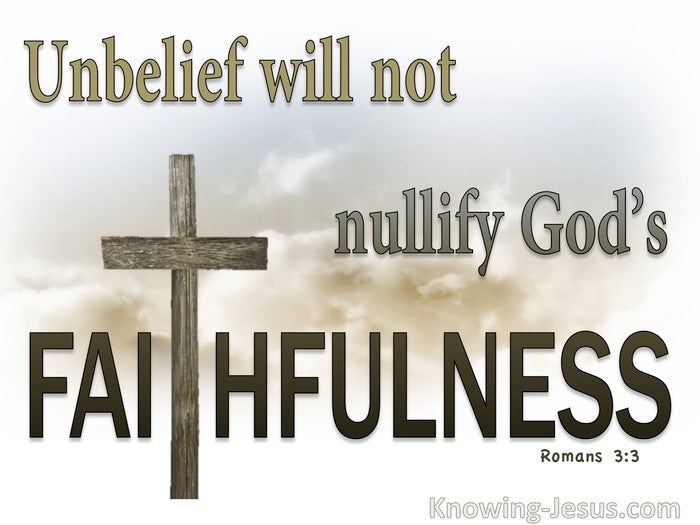 When truth is denied, disbelieved, discarded, distrusted or treated with distain, it does not alter the truth.

Truth is truth.. and the ungodly, secular world-view that has flooded governmental corridors of power, our educational institutions, society at large,.. and even elements within the Christian Church, dictates that truth is relative. But nothing in heaven above, the earth beneath or the waters under the earth can demolish the Word of Truth.

Nothing that secular man can say or do can nullify the Word of God. Though heaven and earth may pass away the Word of God stands fast for ever and ever - and God has placed that Word of truth above His holy name

God in His goodness and grace gave His only begotten Son to be born into the human race, so that by living a sinless life He could die as the substitute for the sin of the whole world.. and it is by believing on HIM that salvation is given as a free gift of God's grace.

Sadly there are many that refuse to acknowledge their Creator and many that reject His offer of salvation. But refusal to acknowledge their Creator does not nullify His existence and rejecting His offer of salvation through unbelief does not nullify the faithfulness of God to keep His Word - that whosever believes on the Lord Jesus Christ - whether Jew or Gentile, will not perish but have everlasting life.

When read in context.. this verse is particularly referencing Israel.. Paul had explained that both Jew and Gentile are equally sinners, equally in need of salvation and equally given the opportunity to be saved, by God's grace.. through faith in Christ's redeeming work.. and he was answering the rhetorical question: What advantage then has a Jew over a Gentile? And Paul proceeds to explain Israel's many advantages, and in particular.. that they were entrusted with the Word of God - the Holy Scriptures - the Law and the prophets.

Paul then anticipates the next question: What happens then, if some did not believe? Does their unbelief nullify the faithfulness of God?. And the answer is of course NO, God forbid.. for when truth is denied, disbelieved, discarded, distrusted or treated with distain, it does not alter the truth of God's Word. Rather, let God be found true, though every man be found a liar..

Heavenly Father, thank You that for sending the Lord Jesus to be the sacrifice for the sin of the whole world and for giving Your only begotten Son to be our Kinsman-Redeemer. Great is Your faithfulness O God my Father - thank You that Your Word can never be broken and that nothing that secular, unbelieving man can say or do will nullify Your Word of truth, thank You in Jesus name, AMEN. 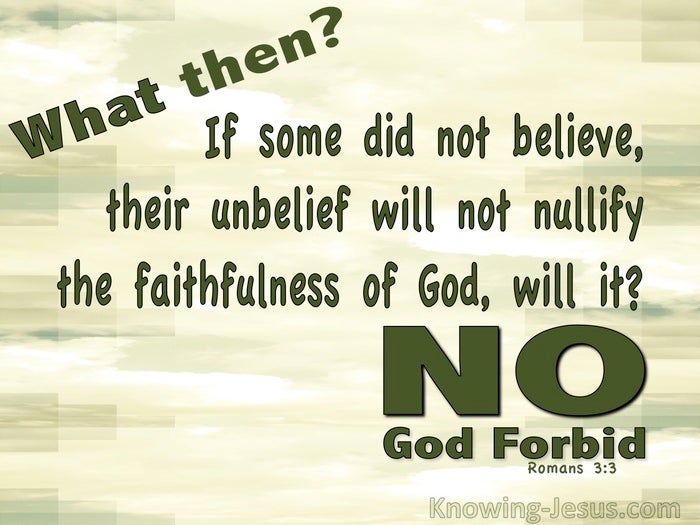 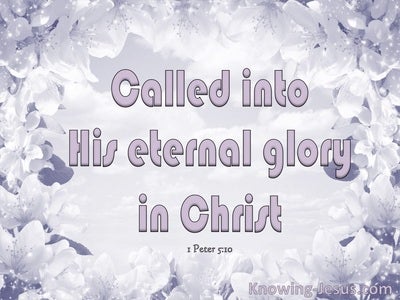 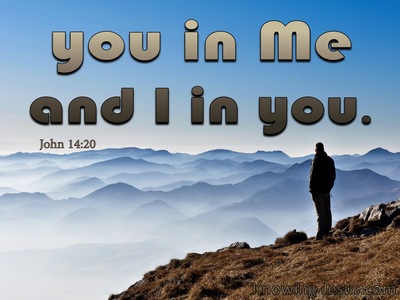 Psalm 26:3
Affliction's Effect
Vision And Reality
The BREADTH of God’s Superlative Love - Character and Attributes of God (12)﻿
The Heart’s Expectation