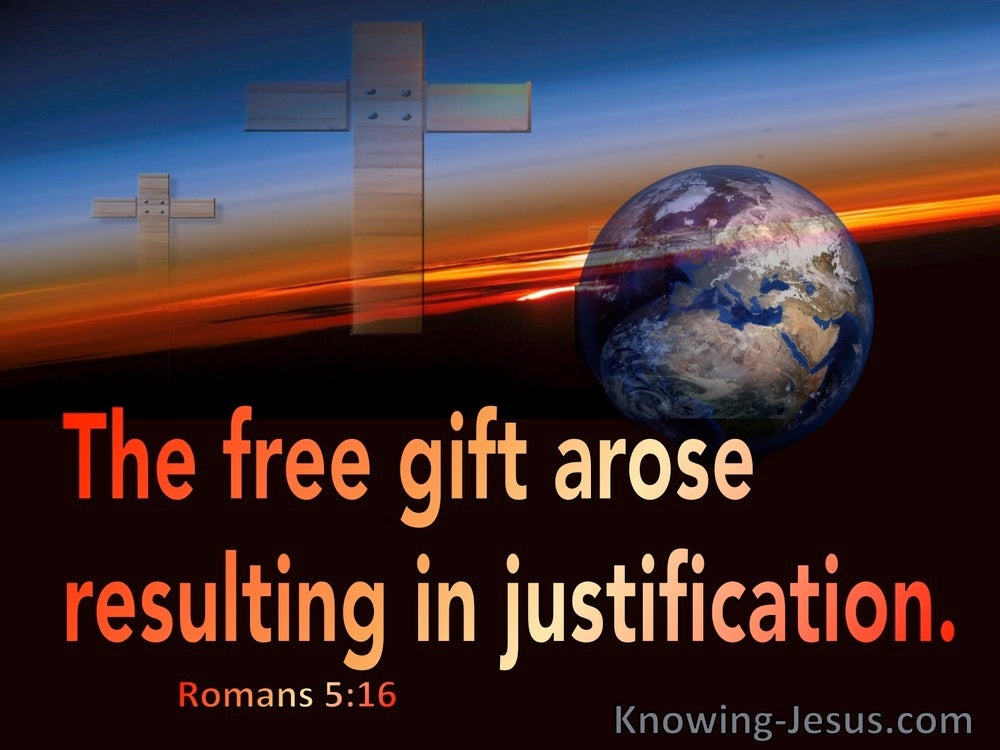 The shocking truth about Adam's sin is that every person in the human race is born spiritually dead in trespasses and sin - physically alive but spiritually dead. We are all at enmity with God and without hope in the world. Adam's sin was judicially attributed to all his physical offspring. We all are credited with sin because of Adam's sin. Because he was the first member of the human race, and we are His offspring, we are born in his sinful image and identified with His fallen state. We are sinners by association with Adam because he was the federal head of all humanity.

His single offense caused the sting of spiritual death and the icy fingers of physical death to touch the lives of all his descendants, with one exception - the God-Man Christ Jesus - the only begotten Son of His Father in heaven. Every baby born into the world, from the beginning, is imputed with the sin of Adam, our first father. Everyone is an inheritor of a fallen sin nature which is passed down the generations and from father to child.

The righteousness of God and His eternal justice dictates that every member of the human race has sin imputed to them. God's judgement arose from one transgression, which resulted in the condemnation of all. But in His grace, God offered man an astonishing gift of salvation, whereby one act of righteousness, from the sinless SON of His heavenly Father, would affect the righteous standing of everyone who accepted His offer of salvation - and believed on the Lord Jesus Christ.

God in His grace formed a plan of redemption whereby He offered to pardon every man's many transgressions and declare all who believe in His Word, (Christ, the Word made flesh), to be justified in His sight, clothed in His own righteousness, forgiven of sin, and returned into fellowship with God... a privilege which was forfeited through sin.

God's gift of salvation offered to each of us is not like that which came through sinful Adam, where the sin of one man was imputed to all and his sin nature passed to every member of the human race. The effect of Adam's sin was to place all his offspring under God's judgement and His righteous condemnation.

The gift God offered to all men is the free gift of salvation, which rests on one act of righteousness carried out by the ONLY perfect member of the human race - Jesus Christ. His one righteous act enables all who are HIS spiritual offspring.. all who are identified with Him, to be imputed with HIS righteousness.

Astonishingly, the judgement that arose from ONE sinful act of ONE man, which placed everyman under condemnation and imputed all his offspring with a sin nature... has resulted in the justification of everyone who becomes the spiritual offspring of the ONE righteous act of ONE Man! His single sacrificial act removes all who believe in Him from eternal condemnation and causes us to be declared justified in the sight of God!

This amazing gift of salvation is available to all who are identified with the One righteous Man and His single sacrificial act. All who are identified with Christ are imputed with His perfect righteousness. No wonder Paul was able to proclaim, "The gift is not like that which came through the one who sinned; for on the one hand judgment arose from one transgression resulting in condemnation, but on the other hand the free gift arose from many transgressions... resulting in justification."

The weight of sin from Adam's entire race was placed on Christ Who paid the price of sin with His one single act of righteousness... and ALL who believe this are justified and receive God's gift of eternal salvation. As overwhelming as this gift of justification by faith in Christ may be, there is so much more associated with our free gift of salvation. Not only is our faith in Christ reckoned as righteousness but we also have access into God's grace, even though we were born in sin and were under God's wrath.

And by the power of His indwelling Spirit, we can exult in our tribulations and rejoice in our afflictions, knowing that the trials of life bring about endurance and perseverance. The fact that we who were dead in sin have been delivered from future condemnation and are presently and eternally reconciled with God, should cause us to rejoice through time and into the eternal ages to come!

May we never allow the joy of our great salvation, our identification with Christ, and the astonishing privileges, position, and promises we possess through faith in Him, to become commonplace in life.

Heavenly Father, I am amazed by Your gift of salvation which cleanses me from every sin. Thank You that despite the fall of humanity and the condemnation of Adam's race, You purposed in Your heart to redeem mankind through the sacrificial offering of Your dearly beloved Son, so that I might be forgiven of all my sin... and all who believe in Him might be declared righteous in Your sight. Thank You that there is no condemnation for those that are in Christ Jesus and that through Him my sins are forgiven and I have access into Your holy presence. Praise Your holy name, AMEN. 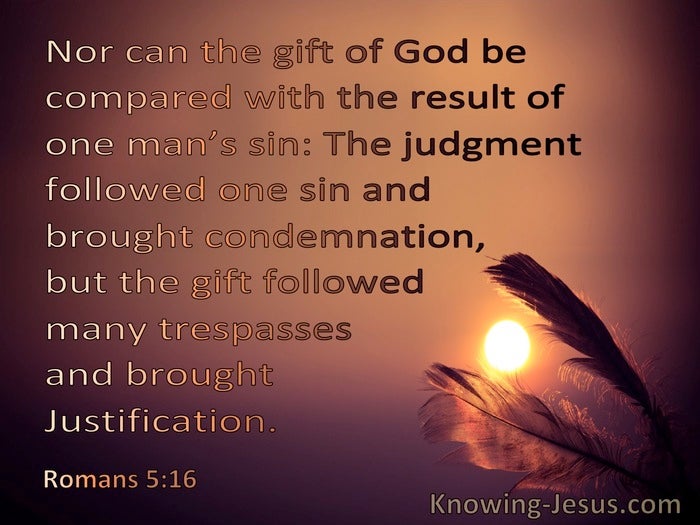 Choose a Verse from Romans 5 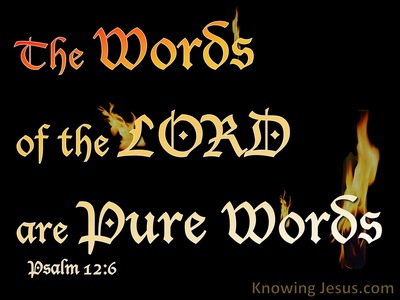