'He who has an ear, let him hear what the Spirit says to the churches.' 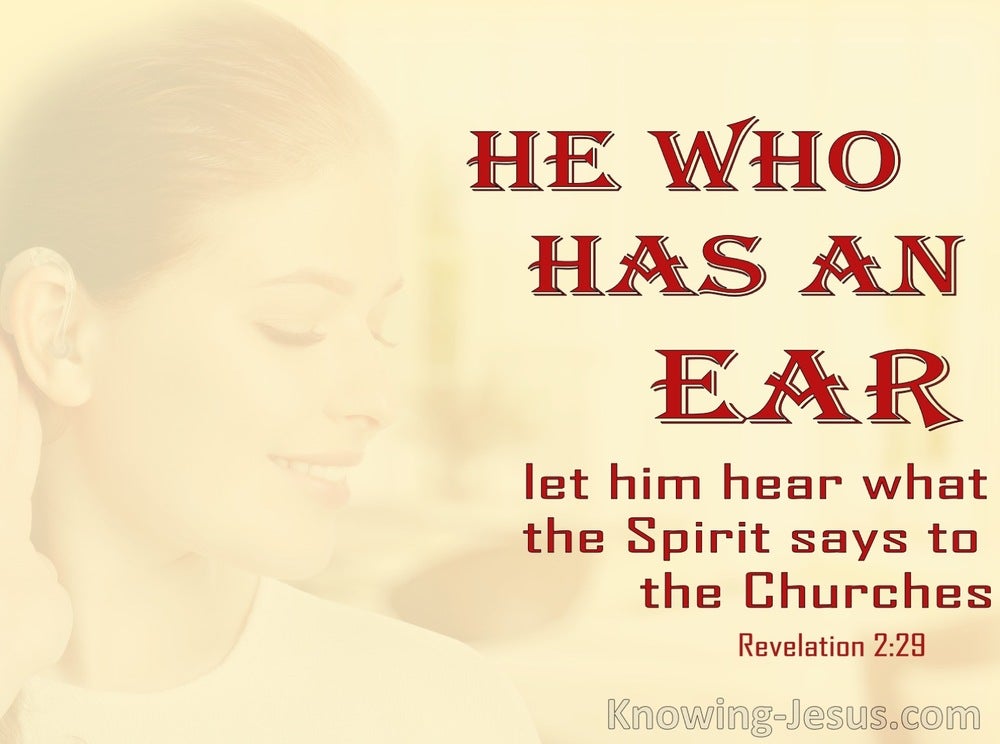 The Lord Jesus wrote seven letters to the seven churches in the book of Revelation, one of which was addressed to the Church at Thyatira. He gave the people there an important message and a solemn warning. They were to listen carefully to the content of this epistle and they were all charged - "He who has an ear... let him hear what the Spirit says to the churches".

The instruction to hear what the Spirit says to the churches is not only for Thyatira. The call to pay heed to the Spirit's voice is a call to action for all Christians. There is much in the Bible that calls the people of God to listen to the Lord; to heed His word; to pay attention to all that is written in the Scriptures and to act on the message they received from the Lord Jesus, their Commander-in-Chief. We are all required to be open to the truth; to hear what the Holy Spirit is saying to us and to practice it in our lives.

In times past, the Psalmist lamented, "they have ears, and they hear not; a nose have they, and smell not", while Ezekiel was told that he was living among a stubborn and obstinate people. "They have eyes to see but do not see, and ears to hear but do not hear, for Israel are a rebellious house".

The prophet, Jeremiah, whose ministry overlapped with Ezekiel, bemoaned the same intransigence among the people of God when he declared, "these people's minds are dull, their ears are hard of hearing. They have shut their eyes". And throughout the ministry of the Lord Jesus, Himself, we hear the same call to action - "He that hath ears to hear, let him hear".

The command to hear with their ears, was given, many time to the nation of Israel. They were to pay heed to the Word of the Lord and follow the guidance of the Spirit of God. And the same exhortation is extended to the Christian Church, for like Israel, we must listen to a truth; know the truth, and apply the truth - for the truth will set us free.

How often are we engaged in a conversation or are listening to a programme, but 'switch off' to the droning voice of another without hearing what they are actually saying? How often do we listen to a preacher or hear someone reading of Scripture, yet fail to truly hear what is being said or take to heart the message we have heard?

There are seven epistles in the book of Revelation which were written directly to the Christian Church. There are seven letters in the book of Revelation that have been read by Christians down through the centuries. We, who have trusted Christ for the forgiveness of sin and life everlasting are the people to whom these letters from the Lord Jesus were written.  We are promised a blessing if we hear and read the words of this book and take them to heart.. and in this verse, we are called individually and collectively to HEAR what the Spirit of God says to the churches.

I am sure if we received a letter through our post-box from the President, we would read it through excitedly and re-read it many times. Or, if we were to receive a telephone call from a beloved friend or royal prince, we would listen carefully and enthusiastically to all that they had to say. How much more when should we listen to the Word of the Lord and hear what the Spirit of God has to say to us, as members of Christ's Body.  Every one of us should take this instruction to hear and read, mark, learn, and inwardly digest every word He says; every instruction He gives - every piece of information; every directive.

Let us consider what an incredible privilege it is to have seven letters from the Lord Jesus - that are written to the Church of God and to pay heed to everything that they say. Each epistle is designed to challenge each us who are called of God. Each letter is able to speak to us if we are ready and willing to listen to His voice.

Heavenly Father, thank You for the wonderful Word of God that contains a such wealth of instruction for all Your children, and particularly, I praise and thank You for the seven amazing letters that the Lord Jesus wrote to the Church. Open the eyes of my heart, I pray and unblock anything that hinders me from hearing all that the Spirit has to say to the churches - for I want to be a doer of the word and not a hearer only. Give me a teachable spirit, I pray, and saturate my heart with the truth of the glorious gospel of God and help me to study these seven, wonderful letters in the book of Revelation; take them to heart and practice them diligently in my life - this I ask in Jesus' name, AMEN. 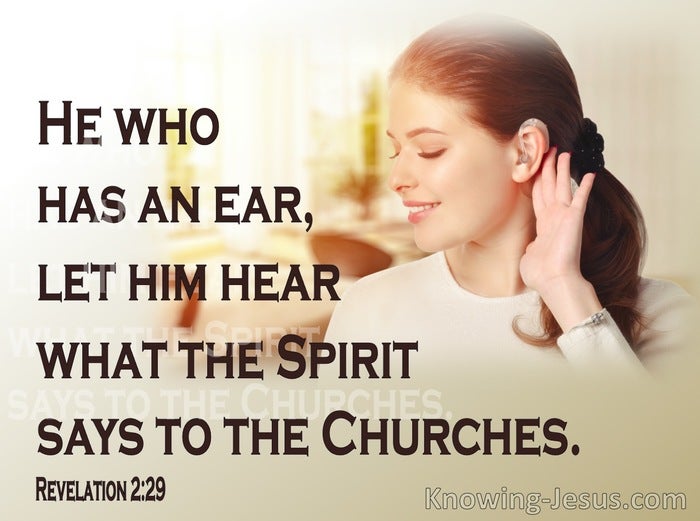 Choose a Verse from Revelation 2