God saw that the light was good; and God separated the light from the darkness. 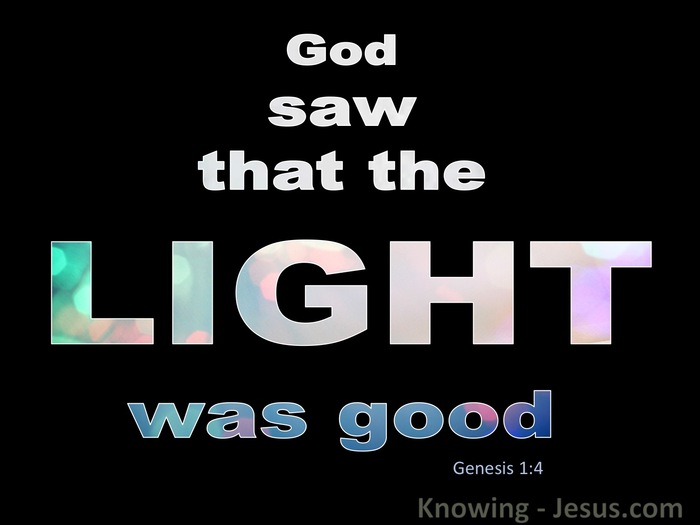 The Bible does not set out to prove the existence of God, it states this truth as a fact.. that in the beginning God created the heaven and the earth. Those who choose to deny this truth identify themselves as fools. The sovereign God, Who is Creator of all and in Whom all things have their being, is the logical starting place for man's journey of redemption - as outlined in Scripture.

This was not light from the sun, the moon or the stars. It was simply the light of God as distinct from darkness that was brought into being on this first day of creation, for the lights in the heavens were all created on the fourth day and positioned in the firmament of the heavens above.. to be for signs and for seasons.. for days and for years.

The beauty and goodness of light is always contrasted with the ugliness and disturbing features of darkness.. for men love darkness rather than light because their deeds are evil. Light is always identified as holy and good.. for Christ is the light of the world, Who has poured the light of salvation and the light of His eternal life into the heart of all who believe in Him.

The light of God is always presented in the Bible as the antithesis of evil.. and the significance of light being the very first thing that was spoken into being on that first days of creation, points us back to God, for light symbolises His holiness, His presence, His favour and His grace. But it also points us forward to Jesus the light of the world, Who is the light of life - for we read in the Bible that the fruit of the light results in all goodness, grace, righteousness, and truth

Paul makes a direct reference to this first act of creation when he writes: For God, Who said, let light shine out of darkness, make His light shine in our hearts to give us the light of the knowledge of the glory of God in the face of Jesus Christ. The division of light from darkness as God's first act of creation is almost a picture of the illuminated soul that has been made alive in Christ Jesus through spiritual rebirth and placed into the kingdom of light, while the ones that are dead in their sins remain a prisoner in the kingdom of darkness.

But we are always to be on our guard as we journey through life.. for the enemy is a master-counterfeiter.. and no wonder, since Satan himself masquerades as an angel of light seeking to deceive even the elect of God. Praise God that by grace through faith in Christ we are not only children of the light, but God is light and in Him is no darkness at all.

Heavenly Father, thank You that Christ is our light and the light of our life. Thank You that in Him the blackness in my heart has been replaced with the light of the glorious gospel of grace and that I have been saved from the kingdom of darkness and brought into the kingdom of Your dear Son. May I be a light shining in a dark world as a witness of Your goodness and grace - to Your praise and glory in Jesus name I pray, AMEN 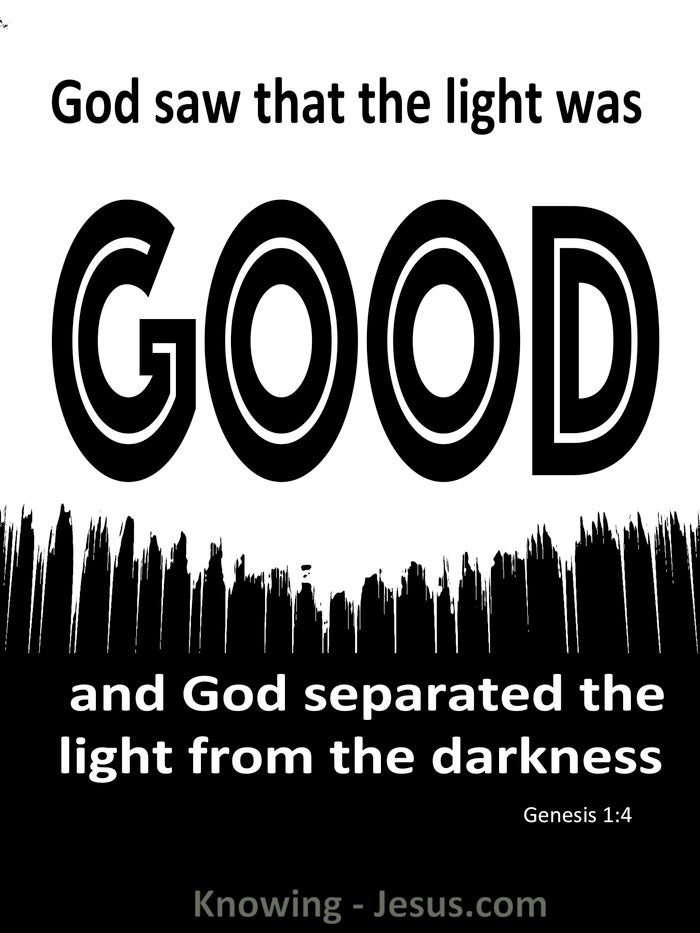 Choose a Verse from Genesis 1 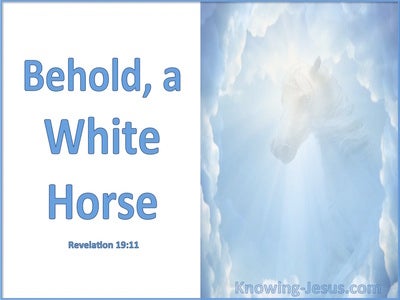 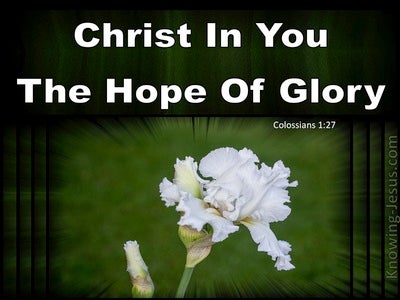 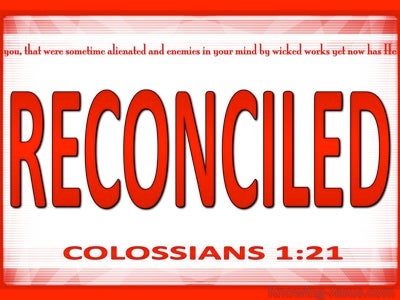