that I have great sorrow and unceasing grief in my heart.

'Salvation' is an all-inclusive word that covers every aspect of God's deliverance, which comes to us by faith alone. Salvation is often an umbrella term and covers justification, forgiveness, sanctification, glorification, redemption, reconciliation, and propitiation. Salvation has an impact on issues like adoption, service, imputation, mediation, and the ransom-price paid to save the world. And Paul's epistle to the Romans presents us with the most systematic presentation of the main doctrines of our Christian faith.

Reading through this magnificent treatise, one is increasingly aware of the sinfulness of man, the terrible consequences of sin, the need for forgiveness, our lack of righteousness, a stark realisation that all are guilty - Jew and Gentile alike, and judgement and punishment is God's only recourse to sin.

Old Testament characters like Abraham and David are used to show that being justified and declared righteous by God is not based on race, parentage, nationality, education, morality, or anything else, but on faith. Forgiveness, redemption, and the impartation of God's righteousness on a guilty sinner, rests on faith alone, and Paul points out the inability of the Mosaic Law or any legalist practice to restore a guilty sinner into fellowship with the Father.

He explains how our present suffering and future glory links in with God's sovereign redemptive plan to grant forgiven sinners eternal security and to make us into a new creation in Christ. He describes how we are delivered from the flesh through the power of the indwelling Spirit, through which we become children of God, joint-heirs with Christ, and inheritors of God's precious promises.

As one digests the truth of Romans and realises that faith is the one and only means to salvation, Paul anticipates many questions that must be raised... what about the Jews who were under the Law and rejected their Messiah? Are the Jews still part of God's plan? What about the kingdom promised to Abraham? Has their calling been cancelled or simply postponed? How can you reconcile the teachings from Moses with New Testament doctrine? Are Israel no longer God's people and how can you reconcile Israel with the Church? Does God have a future plan for Israel or has the Church replaced her?

Paul wisely anticipated these questions and gave a thorough exposition of Israel's role in God's plan - past (chapter 9) present (chapter 10) and future (chapter 11). Paul was Christ's chosen apostle to the Gentiles, but was fiercely accused during his lifetime and even into this present age of despising his Jewish heritage, rejecting God's chosen people, and teaching doctrine that conflicted with the Scriptures. He is even accused by some of being a false prophet!

Paul did none of these things. He recognised that God's plan of redemption had to come through the nation (through whom the Seed promised to Abrham, would come). The Man who would crush the head of Satan and break the power of sin, death, and hell, through the sacrificial offering of His sinless life. And he knew that God's unconditional promises to David would one day come to be a reality and that His people would one day cry out for salvation, "Hosannah to the Son of David."

Chapter 9 presents details of Israel's past election, the blessings God bestowed on them, and the Lord's unrestricted, sovereign freedom to carry out His plans and purposes through whosoever He wills. It also touches on God's long-suffering mercy towards His people Israel and the great grace and merciful kindness He has towards the Gentiles - who were dead in sin, at enmity with God, and without hope in the world.

Paul begins this section by appealing to his readers by saying, "I am telling the truth in Christ. I am not lying. My conscience testifies with me in the Holy Spirit, that I have great sorrow and unceasing grief in my heart - for my kinsmen according to the flesh." Paul's heart was not only very tender towards his Jewish brethren, but demonstrated incredible concern for his fellow countrymen. His desire was that they come to a knowledge of the truth of the gospel of God, rather than continue to buy into an incorrect understanding of salvation - which is not by keeping the Law, as they said, but by faith in Christ.

Paul was a Jew who was circumcised the eighth day - a Hebrew of the Hebrews from the tribe of Benjamin. He was schooled in the Law and the prophets and fully understood Israel's privileged position among the nations and their glorious calling. They were the nation through whom the Scriptures were given. They were the nation through whom Messiah of Israel and Saviour of the world would be born.

To Israel was given the promised kingdom, and they were entrusted to give light to a darkened world. But Paul also knew that rejection of the Lord Jesus by his people, Israel, would delay them the salvation God planned for them through Christ... for they did not recognise the time of their visitation. Paul was called to preach the gospel of Christ which alone could save sinners from death and hell - for both Jew and Gentile alike.

Israel's partial blindness caused them to miss their great salvation by faith in Christ, and caused this chosen apostle of God deep distress, great sorrow, and ongoing anguish of heart. It also provides a peep into the compassionate soul of this man for his fellow-countrymen. May we have the same desperate grief and uninterrupted pain in our heart for the lost, Jew and Gentile alike... and be ready and willing to speak the truth - in love.

Heavenly Father, thank You for the ministry of the apostle Paul, the magnificent treatise of Romans, and the clear exposition of every aspect of our great salvation. Thank You that salvation is not by works of the Law, nor is it dependent on race, parentage, nationality, education, or anything else, but by faith in Christ Jesus - Israel's Messiah and God's only begotten Son who died on the Cross to pay the penalty for our sin and rose victorious from the grave, so that we too may rise to life immortal. Help me to have a heart of compassion for the lost and give me opportunities to share the good news of the gospel with others. In Jesus' name I pray, AMEN.

Choose a Verse from Romans 9 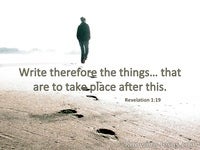