and behold, a voice out of the heavens said, "This is My beloved Son, in whom I am well-pleased." 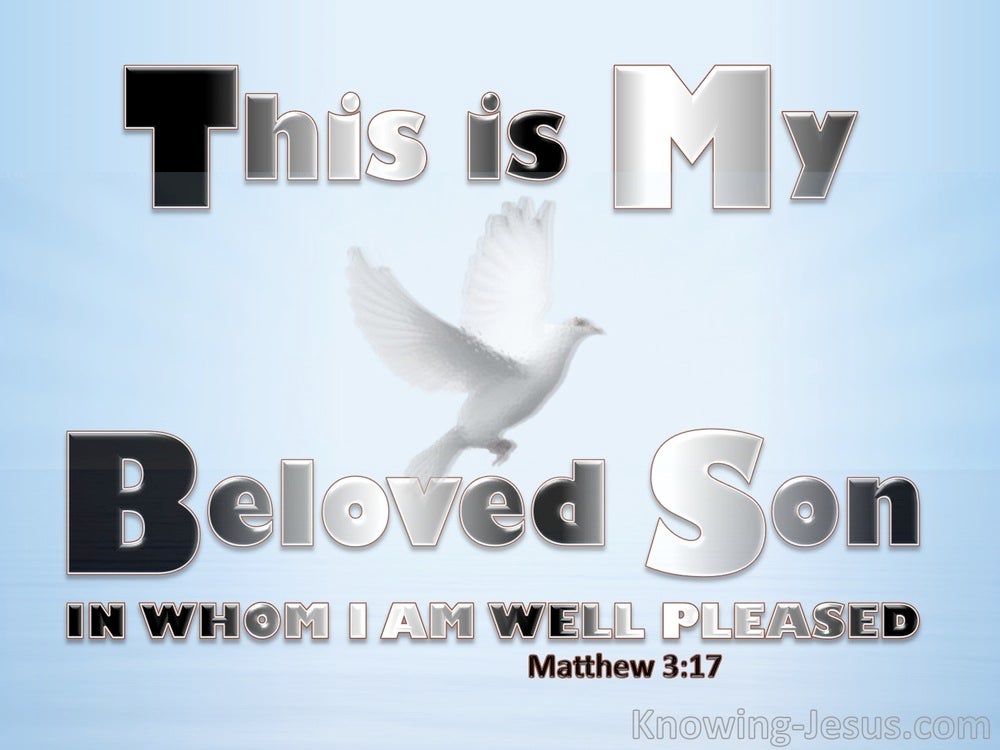 It was at the start of Christ's ministry that Jesus walked from His home-town in Galilee to the River Jordan to be baptised by John; to be anointed by the Holy Spirit and to be confirmed as God's only Begotten Son and Israel's promised Messiah - and the significance of Christ's baptism is staggering.

John was the final Old Testament prophet of God who like his predecessors was calling the people of Israel to repent, and to turn back to the God of their forefathers. John was a voice crying in the wilderness, prepare ye the way of the Lord, and was anointed of the Lord to be the forerunner of the promised Messiah. John's mission was to announce that the kingdom of God, (which had been promised of old) was at hand.

The King of Israel was to be revealed to His subjects. The earthly inheritance that was promised to Abraham, Isaac, Jacob and Israel was finally to be realised and John was called to bear witness to the Lamb of God, Who takes away the sin of the world.

John had been given a pre-arranged sign to identify the Chosen One - and that signal was the sign of the Dove, (which is an emblem of the Holy Spirit), descending and remaining upon Christ: and behold, a voice out of the heavens said, 'This is My Son, the Beloved, in Whom I am well pleased.'

John's baptism in water, was a baptism of repentance for the lost sheep of the house of Israel (and water baptism was also the means for gentile proselytes to be converted to Judaism).. But John protested Christ's request for water baptism, for although Jesus was a Jew - (of the line of Judah and the house of David), there was no sin in Him. And yet we discover that the baptism of Jesus was God's legal requirement, in order for them to fulfil all righteousness. How could this be?

Well firstly, Christ was our representative Man. He had to fully identify with you and with me..for He was to redeem us from the curse of the Law, by becoming a curse for us. Christ not only did this by dying on the cross for us and taking the punishment that we justly deserve on His own, sinless shoulders - but He also did it by living the sinless life that we are unable to life - for those who are In-Christ, are not only identified with His death.. but also identified with His life. Jesus was required to live the perfect life in our stead so that by faith in Him.. His death became our death and His life became our life so that His righteousness could be imputed to us.

But secondly, Christ was also to be God's anointed, heavenly High Priest.. and like Aaron, (Israel's first high priest,) Christ was to be washed with water (so that He could represent the people to His Father). Jesus also had to be anointed with oil (so that He could function as God's heavenly, High Priest, after the order of Melchizedek). And so once the Lord was immersed in the water and washed by John (in the manner of all God's priests) and anointed with the Oil of the Holy Spirit.. Who rested upon Him in the form of a Dove - the very Voice of God was heard to proclaim: THIS IS MY BELOVED SON, IN WHOM I AM WELL PLEASED!

God! I am staggered by Your grace and glory that Christ should do all this for ME. I am not worthy to pick up the crumbs under Your table and yet in Your goodness and grace Christ lived and died so that I too might die to the old life and live my new life in Him forever - AMEN. 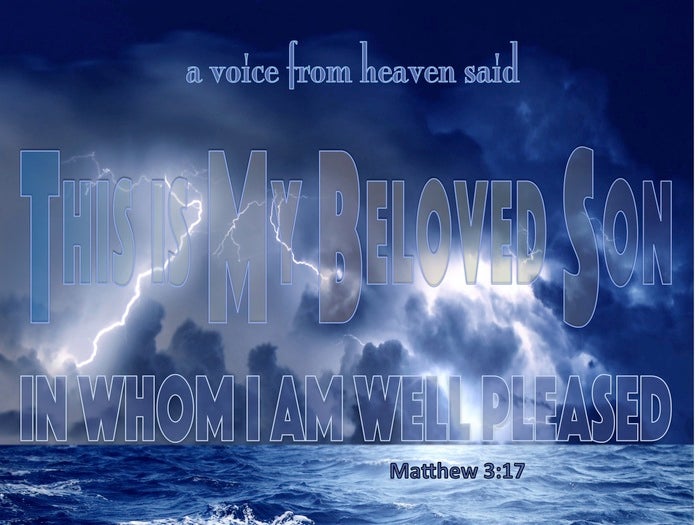 Choose a Verse from Matthew 3