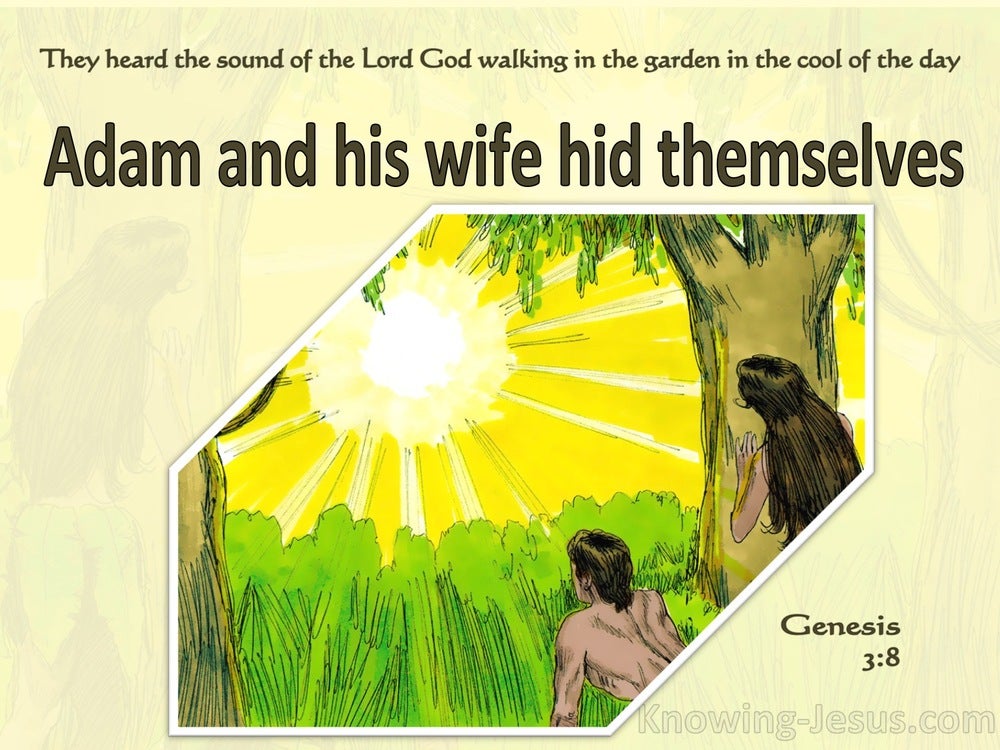 The God Who created the world is the same God Who controls the course of history. In His grace, He set in motion His plan of redemption when the man He made in His own image and likeness, sinned. In His grace, He caused holy men of God to write the Scriptures for our learning, and the first chapter of Genesis provides us with a panoramic overview of His great creative power.

Chapter 2 retells the story of creation, from a different perspective. It provides insight into plant life and fauna and helps us understand the alternative way the earth was watered in those early days of man. It introduces us to 'Adam', whom God ordained to govern the earth under His guidance and authority. It opens our understanding to God's plans for marriage and the procreation of the human race. And it unveils the Almighty Creator of the universe as a relational God, Who walked and talked with His people in the cool of the day.

But in chapter 3, we are immediately confronted with man's fall in the Garden of Eden, when sin entered the world. It is from chapter 3 that we discover that the shocking consequences of sin affect the life of every member of the human race. It was from this one action that a sin nature has been imputed to all men, from conception. We discover how sin caused God's beautiful world to be cursed. We understand that sin, which was spawned in Eden, is the reason that the whole of creation groans.

It also introduces God's amazing plan of redemption, which begins to be unfolded, from the time when Adam and his wife disobeyed the word of the Lord and hid from Him for, "they heard the sound of the LORD God walking in the garden in the cool of the day, and the man and his wife hid themselves from the presence of the LORD God among the trees of the garden."

Satan, a fallen cherub, enticed the couple to sin by appealing to their pride, their physical desires, and their fleshly appetites. He promised they would be like God, knowing good from evil, but failed to reveal the true consequences of such disobedience. All too soon the couple discovered they were condemned by the Lord, and faced eternal separation from God.. with no ability to correct their conduct or compensate for their sin.

The actions of Adam and Eve demonstrate that sin is rooted in self... self-determination; self-will; self-governance; self-satisfaction; self-righteousness. It shows that sin is accompanied by a desire to be independent of the Lord. It is sin that urges us to become master of our own destiny. The actions of this couple demonstrate the serious and irreversible fruit that is produced when sin has overtaken the heart of man, for it breaks man's fellowship with the Lord Who made him. It erects an eternal and immovable barrier between man and his Creator.

We are not told how they knew that things had changed, but having been tempted by that old serpent which is the devil and Satan, and having disobeyed God by eating of the fruit which He forbade them to eat, we read that the eyes of both of them were opened. They knew they had sinned. Their covering from God had been removed. They knew that they were naked, and they even attempted to cover their confusion with the work of their own hand - by sewing fig leaves together to make for themselves loin coverings.

There is no covering for sin, except the shedding of innocent blood. There is no hiding of one's naked faults from God. There is no recompense that can be paid to forgive our secret sins. There is no forgiveness for trespasses that can be manufactured through man's own cunning, and there is no payment man can make that is sufficient to cover the cost of sin.

From the time that Adam and Eve ate the forbidden fruit, the wages of sin for every man and woman is death, and their siritual death occurred the moment they ate of the fruit of the Tree of Knowledge of Good and Evil. Adam and Eve died spiritually the moment they sinned. Their relationship with the Lord was immediately severed. And we, who are their descendants, are born spiritually dead. We are born dead in trespasses and sins. We are born estranged from God, at enmity with Him, and eternally condemned. And from the moment they sinned, the march towards their physical death began... for death is the great enemy that claims the soul of everyman.

The choices Adam and Eve made when sin crept in and crouched at their door, had eternal consequences for the entire human race for by that one man’s trespass, death reigned in the lives of all. Adam's fall affected his entire race. However, the amazing plan of redemption was set in motion the moment they sinned against their Lord... when they put 'self' on the throne of their lives. God's overflowing grace began to be poured out into the world and His precious gift of salvation came to reign in life, through the one Man, Jesus Christ - Who became the atonement for the sin of the whole world.

May we never be so foolish as to deny our sinfulness or attempt to make recompense for our faults and failings. May we not be tempted to lust after fleshly things or place 'self' on the throne of our lives. May we look to Jesus, abide in Him, and walk in the light as He is in the light... and when we fall into sin, may we quickly confess our sin to God, knowing that He is faithful and just to forgive us our sin and to cleanse us from ALL unrighteousness.

Heavenly Father, thank You for Your plan of salvation. Thank You that in Your compassion, You did not leave humanity to die in our sin but to rise to life immortal through faith in Christ Jesus, our atoning sacrifice. Thank You for Your amazing plan of redemption, that by the one righteous act of Christ Jesus our Lord, many will be declared righteous and be forgiven of sin, through faith in Him. Keep me low at the Cross and broken before You, and I pray that those who are still dead in their sin and at enmity with You, would be convicted of their sin and turn to Jesus for forgiveness of sin and life everlasting. This I pray in Jesus' name, AMEN. 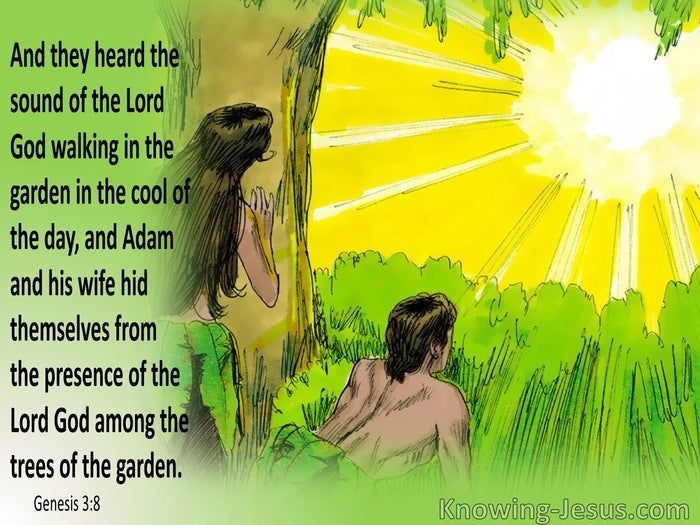 Choose a Verse from Genesis 3

Sacrificial Service
Out From The Father
1 Corinthians 15:24