This is the very thing I wrote you, so that when I came, I would not have sorrow from those who ought to make me rejoice; having confidence in you all that my joy would be the joy of you all. 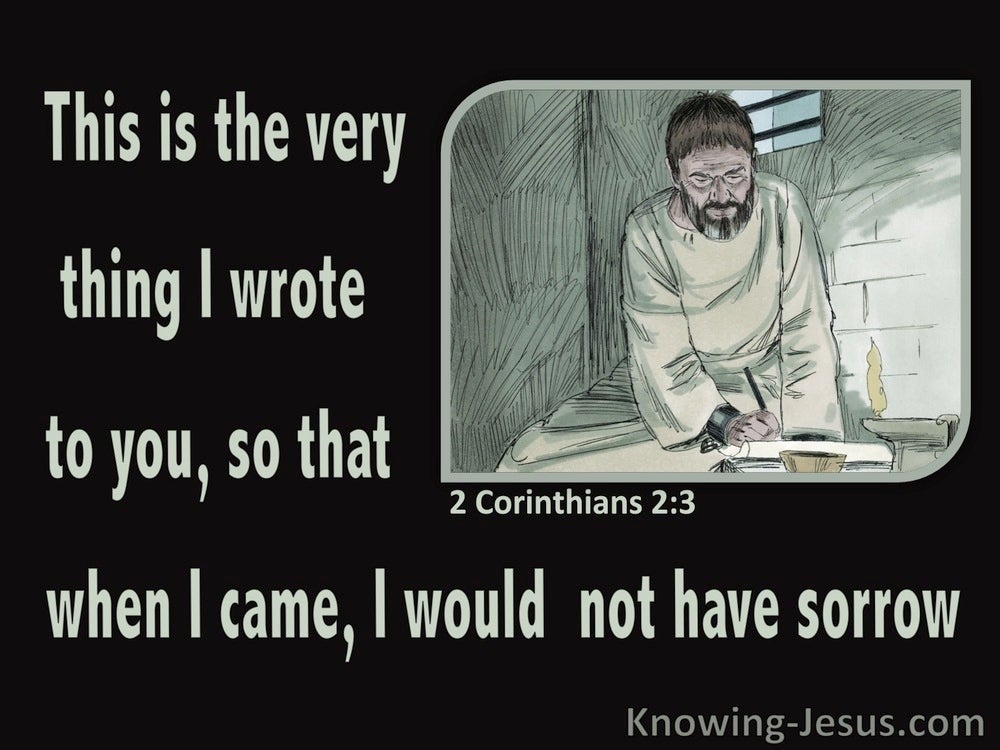 In His earlier letter, it was necessary for Paul to severely rebuke the Corinthian believers, for their bickering, their ungodly behaviour and their worldly carnality.

And so at the start of his second epistle to the believers at Corinth, Paul determined to correct any misunderstanding that might remain between them, and to set out to renew a right relationship with one another.

Paul resolved within himself that he would not visit them, without first reconciling himself to these saints of God, and ensuring that any differences between them were properly resolved, and that harmonious relations were restored.

He explained that he was writing this letter to them, to repair any damage or pain, that his corrective comments, in his earlier epistle, may have caused them. He wrote, so that when he came to visit them, he would not find them downhearted or despondent, but filled with rejoicing. He wanted to be confident that his joy in seeing them, would be reflected in the delight they felt towards him.

Paul made up his mind that he would not make another painful visit to these believers, without repairing any damage first – and so he wrote his letter to make sure that any ongoing feelings of resentment, offence or pain towards him, were gone.

I wrote as I did, he explained, so that when I come to see you next time, I might not suffer pain – because of your bickering, ungodly behaviour or worldly carnality.

Paul’s earlier letter of correction was to halt their carnality and their fall from grace. It was to re-establish their spiritual development in the Lord – which would be a great cause of rejoicing. Had Paul not corrected his brothers and sisters in Christ, in his earlier letter… his next visit would have been a further disappointment, which would have brought additional sorrow to his heart.

Paul wrote his letter of correction so that his next visit would not cause him continuing sorrow over their stunted, spiritual growth – but that their faith in the Lord Jesus Christ would be a cause of great rejoicing for Paul – and great joy for these saints of God.

May we be those that are prepared to correct a Christian brother or sister in LOVE, when we see someone going astray or destroying their testimony through carnality and sin. And may we also be ready and willing to accept any corrective advice from other believers – without allowing it to destroy our fellowship, and use it as a means to re-establish our spiritual growth in grace.

Heavenly Father, thank You for Your word. Help me to learn all the lessons that I can, from the corrective instructions, that Paul gave to the various churches. Keep me from developing a ‘holier-than-thou’ attitude and help me to recognise my faults.. and take steps to correct my actions and attitudes, when I am straying away from Your instruction. Keep me low at the cross and broken before You, and use me to help my brothers and sisters, if they should go astray – and use them to correct my faults, should I stray from the path of righteousness – this I ask in Jesus name, AMEN. 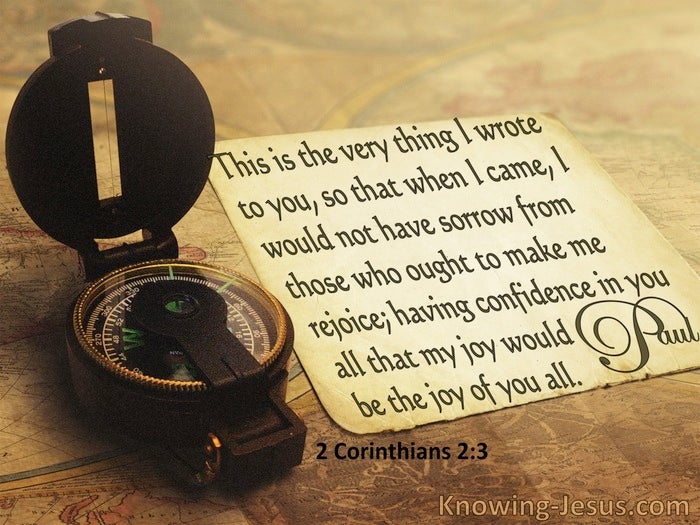