solemnly testifying to both Jews and Greeks of repentance toward God and faith in our Lord Jesus Christ. 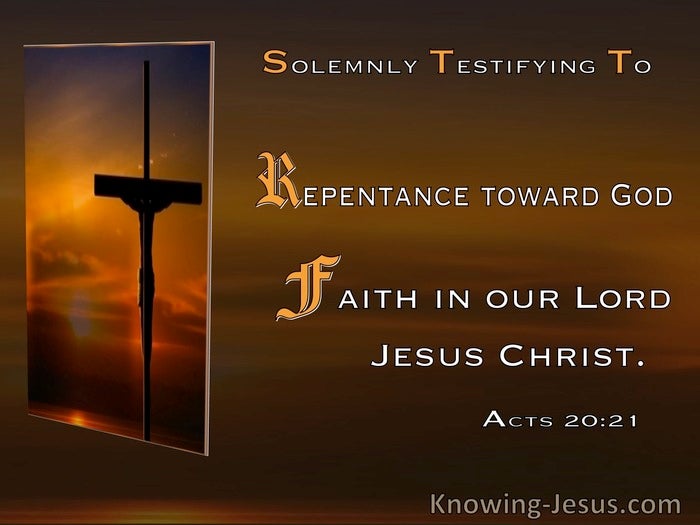 Paul's third missionary journey was around Asia Minor and Greece and in Acts 20 we discover he was eager to give encouragement to different groups of believers in various locations along the way. He also was keenly aware of an evil, Jewish plot to kill him, during his scheduled visit to the church at Ephesus, and had to take this into account as he planned his route, by land and by sea.

Paul was in a hurry to go to Jerusalem and celebrate the feast of Pentecost with the saints there, but was also anxious to meet with the saints from Ephesus. However, having been warned of the assassination plot against him, he arranged to meet with the elders in Miletus, for mutual encouragement.. and he took the opportunity to remind them of certain important, biblical truths.

He reminded that from the time he first set foot in Asia, he stayed with them and served the Lord - with humility of heart. He was grieved at the various Jewish attempts to destroy him and silence the gospel of grace... and reminded them of his dedication to  publicly declaring the whole council of God - to both Jews and Greeks alike.

"I did not shrink from declaring to you anything that was profitable, and teaching you publicly from house to house," Paul recalled, during the make-shift meeting on the sea-shore - "..solemnly testifying to both Jews and Greeks of repentance toward God and faith in our Lord Jesus Christ."

During his years in Ephesus Paul had taught many different, Church-age doctrines, but the one highlighted here was "repentance toward  God" and "faith in our Lord Jesus Christ". In our English translation it appears that Paul is mentioning two separate doctrinal issues, but in the Greek language "repentance" and "believing" are two sides of the same, single coin.

The meaning of 'repent' has changed over the centuries. During the middle ages it became connected with feelings of regret and sorrow over sin, and feeling contrition for past wrongs. Indeed, the "mother-church" used this to ensnare and control their congregations.. by introducing 'penance'; 'indulgences'; 'church-attendance' and other nonbiblical things to enslave and frighten the masses. It is not regret - but a turning from sin to Christ

Non-believers can also regret their sinfulness without believing Christ died to pay the price for their sin. True, biblical repentance is towards God, and means to change one's mind about Jesus, Who was sent by the Father to be the propitiation for our sin. 'Repentance to God' is turning away from sin TO Christ. "Repentance" is ineffective unless one turns, in faith, to the Lord Christ for forgiveness. Conversely, saving-faith or "salvation" is impossible without repentance towards God.

Heavenly Father thank You for my great salvation. Thank You that when I was deep in sin, I was convicted of my sinfulness and turned to Christ for forgiveness of sin and life everlasting. Thank You that the gospel of grace is not complicated - but simple to understand. Keep the eyes of my heart on Jesus I pray, lest I turn away from Him and dishonour Your holy name. I pray that when I allow myself to be enticed away from my focus on Christ that I would quickly repent - acknowledge my sin and return to You for forgiveness... knowing that if I confess my fault to You - You are faithful to forgive and return me into fellowship. Thank You for showing me that repentance towards God is synonymous with faith in Christ. May I live and work for Your praise and glory - this I ask in Jesus' name, AMEN. 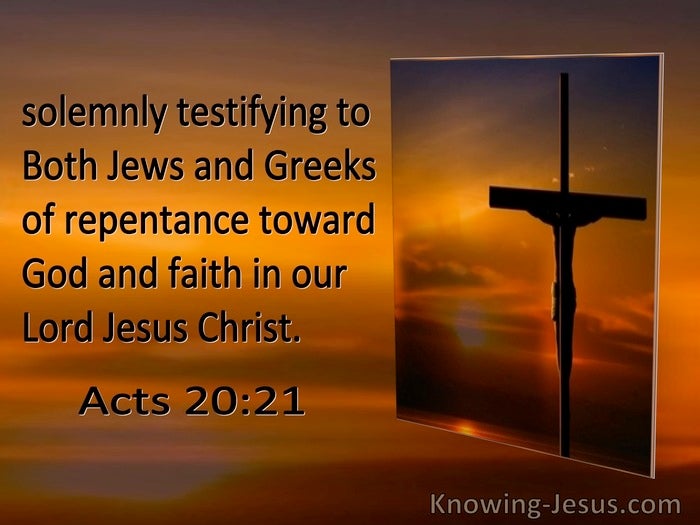 Choose a Verse from Acts 20 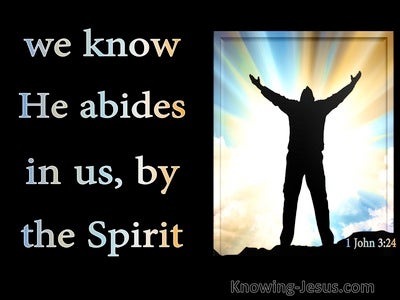