that they may all be one; even as You, Father, are in Me and I in You, that they also may be in Us, so that the world may believe that You sent Me. 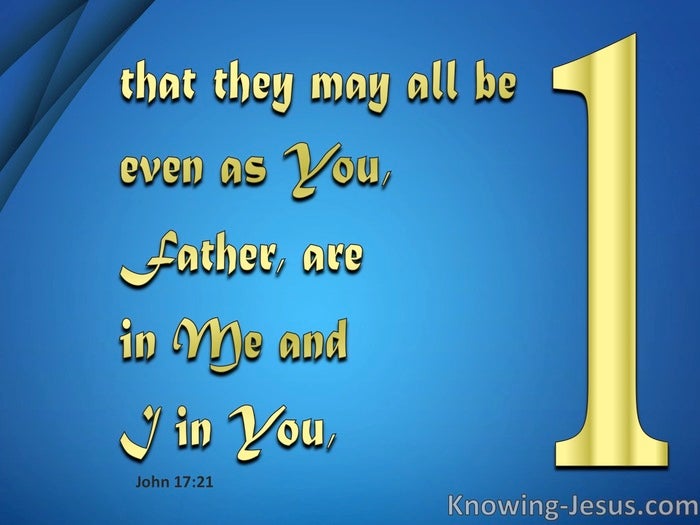 Every phrase and every word in this beautiful High Priestly prayer of the Lord Jesus as He faces the shadow of Calvary's Cross, are thoughts upon which we should take time to reflect. From beginning to end, this is a prayer that should cause us to rejoice with great joy and praise God with deep reverence - for we see Christ interceding on our account at the throne of grace.

We discover, in this intimate exchange with His heavenly Father, an exquisite prayer... so profoundly beautiful and intimate and yet so far-reaching that you and I are included in its universal scope. As the shadow of the Cross loomed on the horizon, the Lord Jesus prayed, "that they may all be one; even as You, Father, are in Me and I in You. That they also may be in Us, so that the world may believe that You sent Me."

Generations of yet unborn men and women who would trust in Christ for the redemption of their sins, are those for whom the Lord Jesus prayed. And He prayed for our unity in the Spirit. Christ desired that the Church, which is His Body, is unified in spirit and truth, "that they may be one, even as We are One."

His prayer was that we who are saved by grace through faith would exhibit the godly characteristics and the moral attributes of the triune Godhead itself, so that the lost may be reached with the glorious gospel of grace, so that many might be brought into the kingdom of His dear Son, "so that the world may believe that You sent Me."

Sadly, this verse has been assimilated into the perverted doctrine of the 'New Age' philosophy and the interfaith movement, where all gods are the same, as well as the ecumenical lobbyists who are prepared to adopt a watered-down, compromised 'gospel' message for the sake of political correctness.

Unity in the body of Christ does not demand institutional unification, which is the seed-bed for a profusion of doctrinal heresies and false teachings. Unity in the Body is the Spirit of Christ's love within. It is the love of God dwelling within. It is the peace of God that passes understanding permeating out to others from the indwelling Holy Spirit.

It is considering the needs of others before our own. It is where our responsibility towards God becomes the bedrock of our being and the core of our Christianity. It is the spirit of obedience to Christ, a zeal for God, and a jealousy for the truth of God's Word. It is a sharing, in love, of our common commitment to carry out the will of our heavenly Father - for His praise and glory. It is being willing to say, 'Thy will not mine be done'.

Jesus Christ came into the world to save sinners - and as members of His mystic Body we are the instruments that God, in His grace, uses during this Church dispensation to reach the lost. We are the instruments He uses to tell forth the gospel of grace to a lost and dying world. God has reconciled us to himself by Jesus Christ and has given us the ministry of reconciliation.

As Christians, we are God's ambassadors on earth who we have the privilege and responsibility to be His hands and His feet, His eyes and His ears, His heart and His voice, as we share His gospel of hope to those that are lost in trespasses and dead in their sins. And in His grace, Christ prayed that we would be united in spirit, in truth, with the same unselfish, godly compassion and concern for others that He has for us.

He prayed that our lives would be so in tune with one another that we would reflect the godly perfection and intimacy that exemplifies the relationship between the Father and the Son, "so that the world may believe that You sent Me." May Christ's beautiful High Priestly prayer for the unity of believers, be answered in my life - to His greater praise and eternal glory.

Heavenly Father, thank You for this amazing peep into the heart of Christ as He offers up this earnest High Priestly prayer about unity in the Body of Christ. I pray that my life would be, in a small part, an answer to that prayer so that others may see my life and glorify my Father in heaven. I pray that through my witness, many may be drawn into an even closer relationship with Christ - our God and our Redeemer, in Whose name I pray, AMEN. 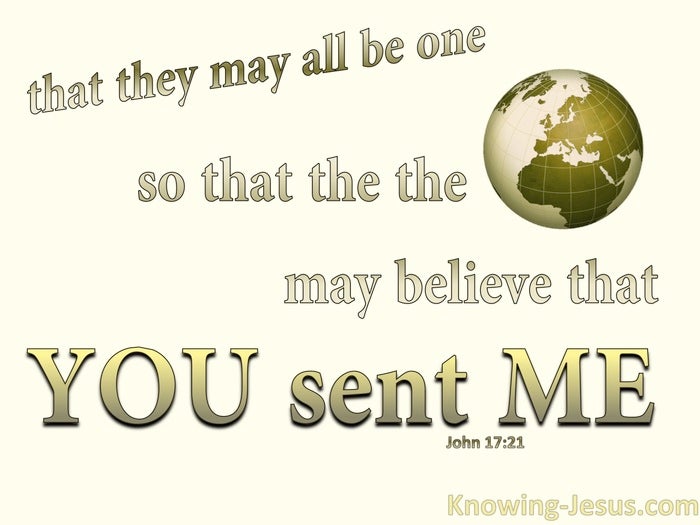 Choose a Verse from John 17 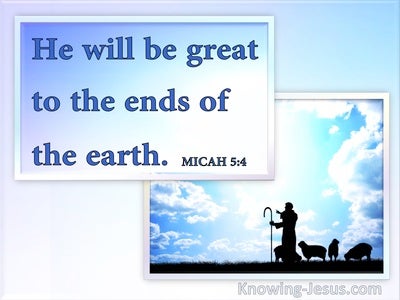 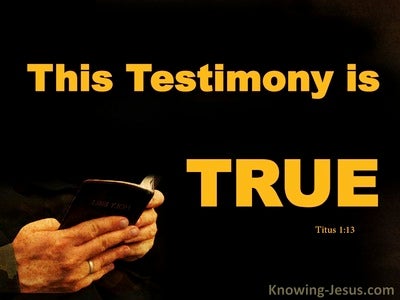