"I am no longer in the world; and yet they themselves are in the world, and I come to You Holy Father, keep them in Your name, the name which You have given Me, that they may be one even as We are.

The Word of God is from everlasting, but in the fullness of time the Word was made flesh and dwelt among us. God incarnate was clothed in human flesh and came to reside in the world that He created, and to live as a Man among those He had made in His own image and likeness. And for a time the eternal Son of God veiled His glory and shrouded His deity by coming to earth in human form.. as the perfect Son of Man, in submission His Father in heaven.

He had revealed Who He was.. to His faithful followers and was shortly to go to the cross, to finish the redemptive work that God had determined for Him to do, so that by faith in Him lost sinners might be redeemed from the pit and changed into saved saints with an eternal inheritance.

And now the hour had arrived for the God-Man, Jesus Christ the righteous, to finish the work the Father had prepared for Him to do, before He departed His earthly abode and returned to His heavenly home. He would have to leave the little band of disciples who had recognised Him as the Christ - the Son of the Most High God, and He knew that this would cause them deep confusion and bitter pain - for a time.

And so it was that Jesus prayed His wonderful High Priestly prayer and much of His petition to the Father was in connection with those He would leave behind in this God-hating, Christ-rejecting, sinful world - which is in the control and clutches of satanic forces.

I am no longer in the world, He prayed, for He was returning to the Holy Father in heaven, and yet they themselves are in the world. His faithful followers were to remain in the word and continue the work that Jesus Himself had begun - a ministry of reconciliation. They were the ones that God would use to spread the good news of the glorious gospel of redemption to a lost and dying world - a world that was drowning in trespasses; dead in their sin and eternally separated from the almighty God.

And so Christ continued to pray: Keep them in Your name. Keep them secure in the knowledge of Yourself and the truth of Your Word. Keep them rooted and grounded to Your name-the name which You have given Me, so that they may be one.. even as We are one - united together in godly love - unified in the unity of the Spirit.

The first thing that Christ prayed for His disciples was that the Father would keep them “in His Name...' Christ's prayer was that God would keep them secure in the truth of the Word, which would unite them together in godly love. He would later pray for their protection in the world through the power of the Holy Spirit - but He first prayed that they would stand firm on the truth of His name - united together in love.

Heavenly Father, thank You that You sent Jesus into the world to save us from our sin and to enable all who believe in Him be witnesses to the truth of Your Word and to become ministers of reconciliation. I pray that all who are called by Your name would be knit together in the unity of the Spirit and be united together in the truth of the glorious gospel of grace. Use us we pray to tell a lost world of God's wonderful plan of redemption through the finished work Jesus Christ our Saviour, AMEN.

Choose a Verse from John 17 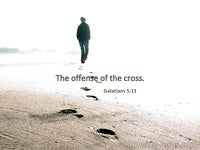