All discipline for the moment seems not to be joyful, but sorrowful; yet to those who have been trained by it, afterwards it yields the peaceful fruit of righteousness. 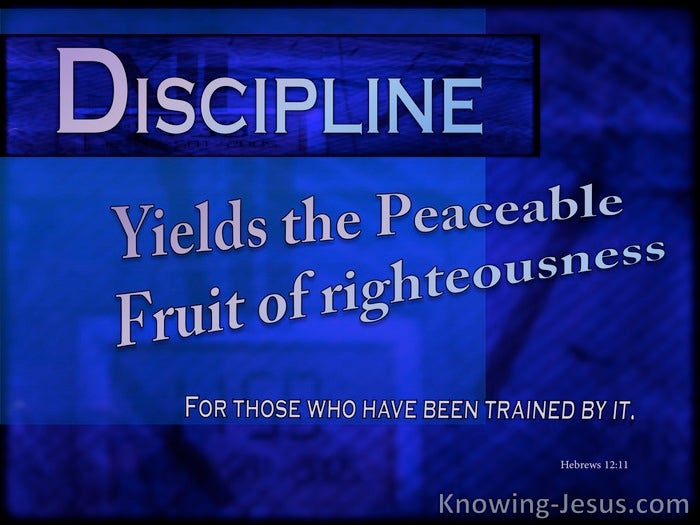 Before we were born-again, we were children of the devil and estranged from God. However, since we have been saved by grace through faith, we have become children of God, and joint heirs with Christ.

It is indeed a privilege and an honour, to have God as our Father and Christ as our Brother, but with great privileges there comes great responsibility. As God's adoptive children, we are called to follow in the footsteps of the Lord Jesus Christ - God's only begotten Son, Who learned obedience by the things that He suffered.

In general, we expected to receive discipline from our imperfect, earthly fathers, but as legitimately adopted children of our heavenly Father - how much more should we expect to be corrected by Him, for our greater good.

Wise, parental discipline, can take many forms. It can be instructive, corrective, life-preserving, chastening and character forming. It can foster patient endurance, and encourage a submissive spirit, that truly benefits from the wise chastisement of our heavenly Father.

It is important to develop a right attitude towards God's discipline. When instructing his own son, King Solomon, the wisest man who ever lived, told him not to regard the discipline that came from the Lord lightly, nor to faint, when being reproved by Him - for those whom the Lord loves are the ones He disciplines.

During His earthly ministry, the Lord Jesus described Himself as the Vine, and explained that we are branches on that heavenly Vine. God the Father is the eternal Vinedresser, Who will prune away all the old, dead, unproductive parts of our life, so that we may bring forth much fruit to His glory. Pruning may be painful, but the rewards are very satisfying, The discipline of the Lord is designed to cause His children to bear fruit, more fruit - and much fruit, to the glory of God.

The key to godly character-building, is patient endurance, which comes through discipline. It is a the willingness to learn from experiences, and through them, to develop a deepening trust.. that God's ways are always best, and that His correction is necessary and productive. But we are not always willing to endure it. This verse, in Hebrews, reminds us that being disciplined is not a particularly joyful event.. indeed, it can be quite painful and problematic. However, the end result produces a rich harvest of righteousness, peace, thanksgiving and praise - for those who are prepared to learn from it.

An important aspect of heavenly citizenship is willing submission to the chastening of our heavenly Father. If we are prepared to be trained by the Lord's correction, we will reap a great reward. We should not cave in, therefore, when faced with adverse circumstances, but should humble ourselves under the mighty hand of God.. and learn obedience by the things that we suffer - so that day by day, we may be transformed into the image and likeness of the lovely Lord Jesus.

Heavenly Father, I pray I may have a teachable spirit and a willingness to submit to Your chastening hand, in my life. I pray that I would learn the lessons that You would teach me, knowing that: “the Lord loves those He disciplines.' Thank You that Jesus is the perfect example of a Man, Who learned obedience.. by the things He suffered. May I follow His example in spirit and in truth - this I ask in Jesus name, AMEN. 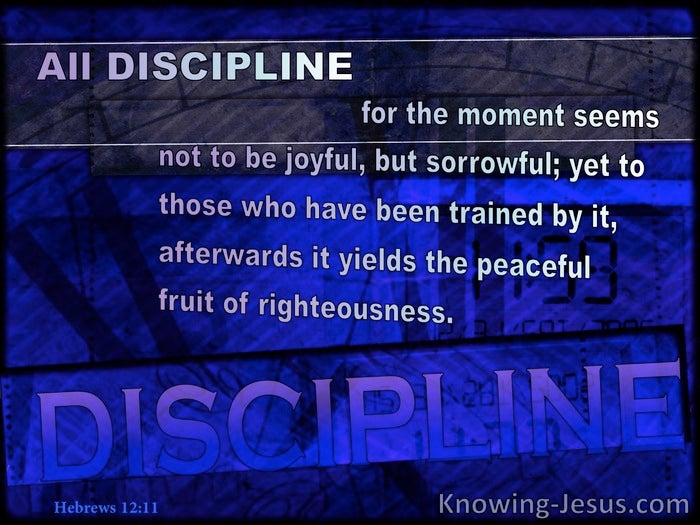 Choose a Verse from Hebrews 12 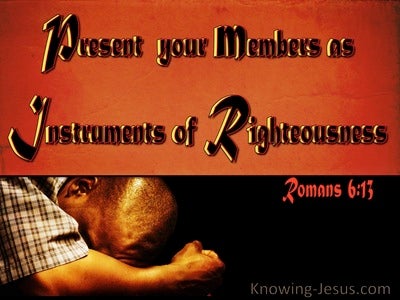 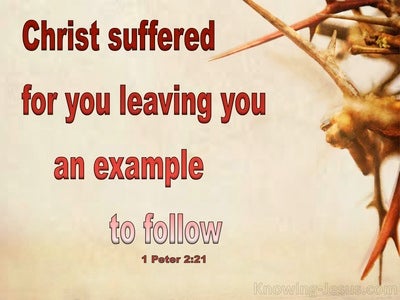