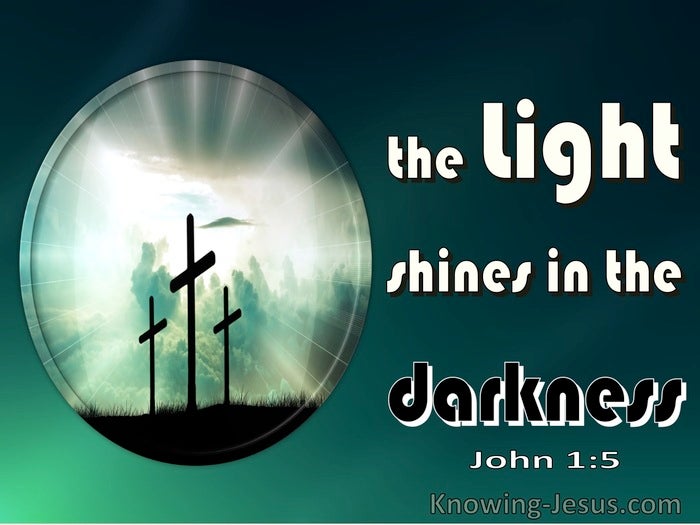 It was through sin that darkness entered the heart of man, and it is through the Light of God's Son, that sin and death and darkness was overcome. He came as the Light that will never be extinguished in the heart, soul, and mind, of those who place their trust in the atoning work of our Lord Jesus Christ.

The Gospel of John was written to introduce the Lord Jesus Christ to fallen man as the eternal Son. He came as the incarnate Word and was born as the perfect Son of Man. He came from the Father to show us the Father... for whoever has seen the Son has seen the Father, and Whoever has the Son in their heart, has the Father also... for Christ is the visible image of the invisible God, and God sent His Son into the world to reveal Himself to us.

For the first four verses in John's Gospel, the Word is introduced to us as the living, breathing, human Word of God, Who was in the beginning with God, and through Whom all things came into being. That same eternal Son is Life and Light. That same perfect Son of man is the true Light that was given by God to shine Light into the darkness of man's soul, and the darkness was incapable of extinguishing the pure Light of God.

Man did not comprehend the enormity of what had happened in Bethlehem some thirty years earlier and throughout His ministry, men continued to misunderstand the Man, His ministry, and His message. The depraved mind of the unsaved cannot understand the Light, for the god of this world has darkened their minds and blinded their soul.

When the Lord Jesus came into this world as the Light of Life that lightens every man that comes into the world, they did not comprehend Who He was or why He had come. He came to His own kingdom and His own people, but they did not receive Him. They rejected God's anointed. They were ignorant of the truth that, "Jesus was the Light that shines in the darkness - BUT - the darkness is incapable of extinguishing it."

The evil schemes of the wicked one cannot quench the Light of Christ, for Satan is an enemy that was eternally defeated through His shed blood on the Cross of Calvary. It is impossible for the darkness of Satan, sin, death, and hell, to overcome the glorious light of the gospel of God. Darkness cannot overpower Christ's light, nor can it quench its illuminating rays.

Although the evil principalities of darkness will do all in their power to frustrate its almighty strength, the Light of Christ has already overcome the powers of darkness, and its penetrating rays will continue to invade the dominion of evil, with every soul that confesses Christ as Lord.

The opening statement of John's Gospel lays out, in all its beauty, Who Jesus is and why He came. The Lord Jesus Christ is the Word of the most High God, who existed from eternity past and is co-equal and co-eternal with the Father and the Spirit. He is the very essence of God and united in purpose and power. He came to this world as the Light that shines in the darkness, YET the darkness could not comprehend it.

God is Spirit but Christ came to earth as a mortal Man to become our Kinsman-Redeemer, for He is God of gods and Light and lights - but He is also Man of men. Only through the Man, Christ Jesus, can men receive Peace with God and the Peace of God. Only in Him is Hope, and Joy, and Life everlasting, for God the Father decreed that God the Son should come to shine the Light of God's Life and Love into the world, so that all who believe on Him could be enlightened by the truth, reflect the light of His love, and be enlivened with His life... but He was rejected as a result of man's sin.

Christ Jesus is that LIGHT that has been shining from eternity past, and it is only through Him that God's light, and life, and love, and hope, and joy, and peace will flow, for God has decreed that Christ is all in all. May we bathe in the glorious light of His love for the eternal ages to come, and may we reflect His light in this darkened world and permit His love to flow through us to others - until I am nothing and He is everything.

Thank You, Father, that the Light of Jesus has shone into my heart, for I trust Him alone as my Saviour and Lord. May the light of Your love shine through me to others, for Your praise and glory, until it is not I that shines in my life, but the light of Christ shining through me. This I ask in Jesus' precious name, AMEN. 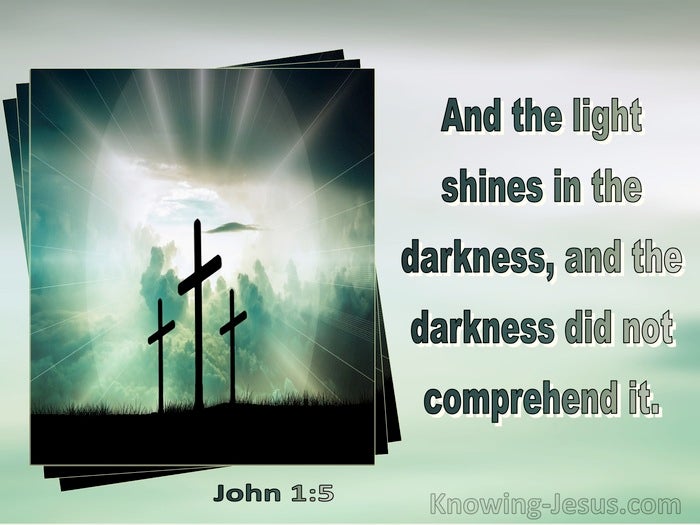 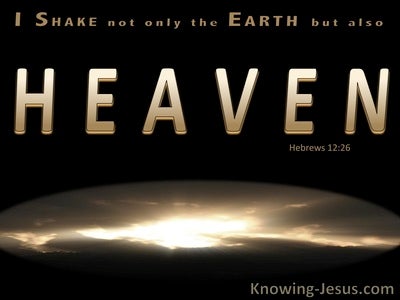