one God and Father of all who is over all and through all and in all. 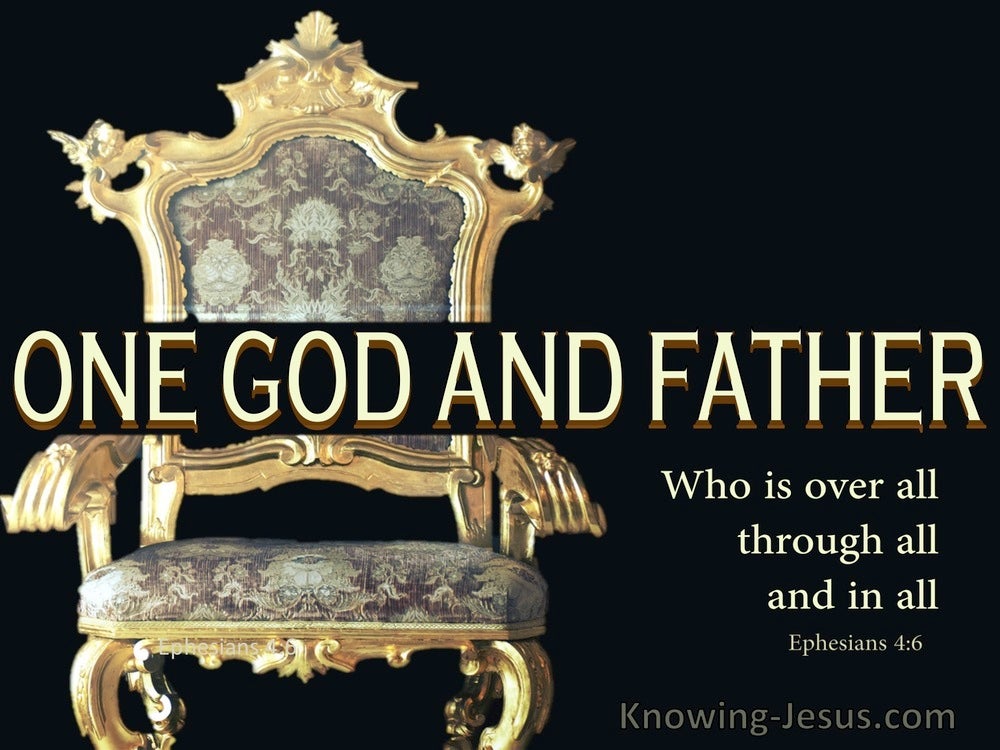 As members of the Church, we are to live a life that is worthy of our calling. We are to clothe ourselves in humility before God our Father, and we are to walk in the unity of the Spirit, in the bond of peace. And in this passage, we are given the many elements of unity that are ours, in Christ Jesus - our one and only Lord and Saviour.

The universal Church of believers is one Body, which is in-dwelt by the same Holy Spirit of God. The Trinity is integral in this passage, where we stand united by one faith - through believing in the one, unchangeable, body of truth, which it recorded in the inerrant and eternal Word of God.

As believers in the gospel of grace, we were all baptised into the body of Christ, by the Spirit of God, and are being built up into a holy habitation for the Lord. We all acknowledge One God and Father of all, Who is over all and through all and in all - for by grace through faith in the eternal Son of His love, we have been redeemed and declared righteous in the eyes of God - and He has made us His children.

The passage, under consideration, was written for believers in the Word of truth, and clarifies our relationship with our heavenly Father. Though He is the Creator of all things, God's relational tie, as Father, are for Christians alone. Though men like to boast that every human being is a child of God, only those that have been born of the Spirit have become children of God, and joint heirs with Christ.

The authority to call Him Father, is for those that believe in Jesus for the forgiveness of sins, and life everlasting. He is Father to all, who are saved by grace through faith in Christ. He is Abba - Father to all believers - but not to all mankind.

As many as received the Word-made-flesh.. Jesus Christ the righteous, were given the right to become children of God. Those who believe in the name of the only begotten Son of God have been given the authority to address our Creator God as 'Father', for we have received the spirit of adoption, whereby we cry, 'Abba -Father'

There are those that try to use this verse to promote pantheism.. but God is not an integral part of all His creation. However, He does reside within the bodies of all believers. Other like to twist this verse to imply that every human being is automatically a child of God or that all religions worship the same God, making Him Father of all people - but this is a false teaching, for the Bible declares that ONLY those who believed in the Lord Jesus Christ, receive the right to become children of God - even to them that believe on His Name.

Heavenly Father, thank You that Jesus is the Word made flesh and that in Him is eternal life. Thank You for the indwelling Spirit, Who is building us into a holy habitation for our God and Father. Thank You for the Word of life and the truths that it contains - and thank You that by faith in Christ Jesus, I have the right to call You Abba - my Father. Thank You that I am part of that universal Church, and for the elements of unity within the Christian faith that bind us together in Christ - for Your praise and glory, AMEN. 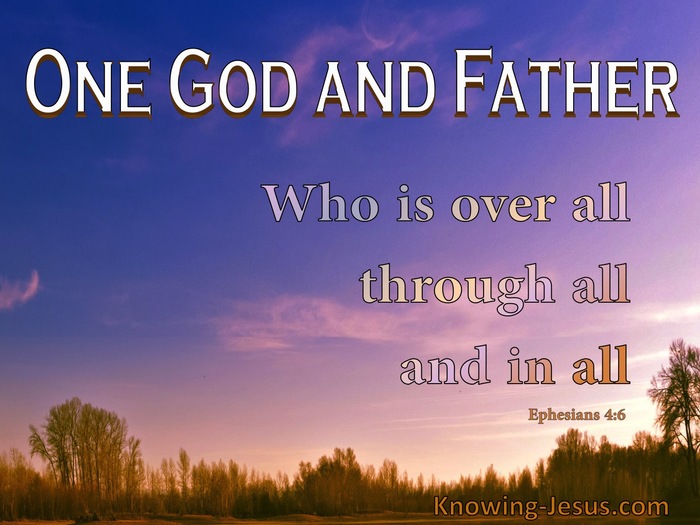 Choose a Verse from Ephesians 4

The Breaking Of The Self-Life
Isaiah 64:1

Psalm 61:5
Hand Crafted
What Do You See In Your Clouds?
Penitence and Praise - Study in Prayer (3)
His Soon Return