No one can come to Me unless the Father who sent Me draws him, and I will raise him up on the last day. 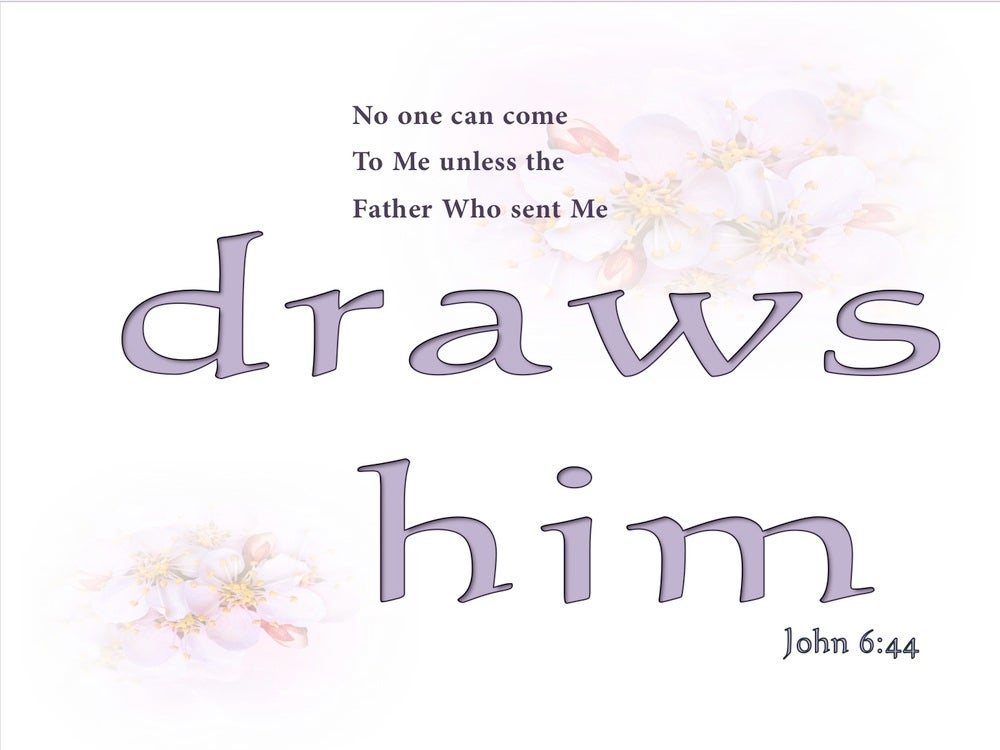 Throughout the gospel of John we find that both the unsaved crowds and Christ's own believing disciples misunderstood His teaching and substituted a physical interpretation on important spiritual truths. Christ was the promised Messiah and his signs and wonder authenticated His claims and yet His word was not believed. Five times the Lord told the crowds that He had: come down from heaven, but they would not hear and believe.

Jesus had come to the lost sheep of the house of Israel to save His people from their sins and for many centuries God's chosen people had been warned by prophets like Isaiah that sin had separated them from their God and their rebellion was likened to wounds, and bruises, and putrefying sores.. with no soundness in them at all. But when the Messiah arrived and announced His mission - they would not believe.

All men are utterly hopeless, helpless and estranged from the Lord. Indeed man is so riddled with sin that there is no one who seeks after God. All are all gone away from God and men are altogether unclean. Indeed we read in Psalms that there is no-one that does good - not even one. And in this passage Christ puts it very plainly: no-one can come to Me unless the Father Who sent Me draws him...

We are all so filled with sin that unless God draws us, not one of us has the will or the strength to seek after the Lord. But in His grace He sent the Holy Spirit into the world to convict fallen man of sin, righteousness and judgement and to draw sinful man into the saving arms of Jesus - and God gave man a free-will to believe on Him of reject His offer of salvation...

Mankind is so entrapped in slavery to sin that unless God draws us.. no-one would not be saved, but Christ Himself promised that when He was lifted up on the cross He would draw all men to Himself. OH! this does not mean that all men will be saved, for man is given a free-will to choose to accept God's free gift of salvation or to reject His offer of grace - but it does mean that God is doing all He can to save sinful man from eternal separation from Himself.

God desires all men to be saved and draws all people to Himself. We would not have had the desire to trust in Him if His Holy Spirit had not spoken to our hearts and drawn us to Himself with cords of love. But God will never force His salvation on those who choose to reject Him - but all are given an opportunity to respond to His tug of love on their hearts.

We read that: no one can come to Me unless the Father Who sent Me draws him. But a wonderful promise is added to this truth: and I will raise him up on the last day. It is not simply that our spirit is made alive and the new life that we received at rebirth, which will be conformed into the likeness of Christ, but our body will also be raised up on that last day. All who believe are promised to be given a resurrected body at the appointed time, for we are saved spirit, soul and body.

Christ is the Word of God, but those that heard Him proclaim five times that He had come down from heaven to feed their spiritual soul.. which was riddled with sin would not hear the truth and they would not believe the truth, and so they missed the most glorious offer of salvation. Today the Holy Spirit continues to convict every man of sin and the written Word of God teaches the many spiritual truths that feed our hungry soul. But many prefer to chase after worldly food and the fleeting physical pleasures on earth in preference to spiritual food; life everlasting and eternal joy with the Lord - How sad.

Heavenly Father, thank You that while I was still a sinner and dead in my trespasses and sins Christ died for me. Thank You that Your Holy Spirit sought me out in love and convicted me of my need of a Saviour. Thank You that Your Word contains all that I need for life and godliness and thank You that the day is coming when this mortal body will put on immortality and I will dwell in the house of the Lord, forever - in Jesus name I pray, AMEN. 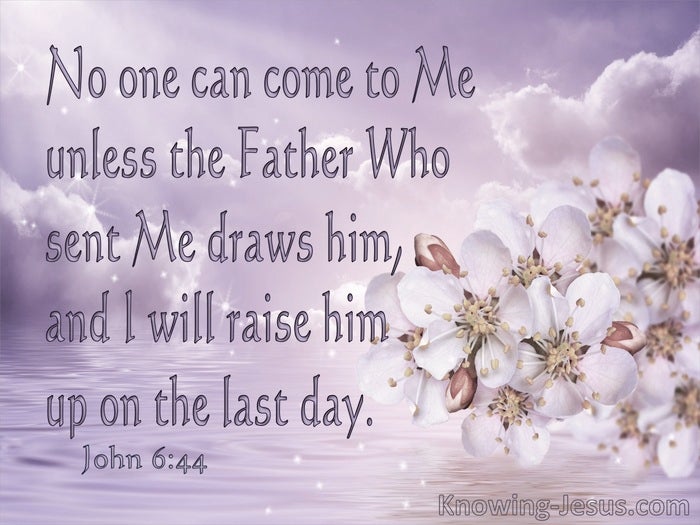 Romans 4:20
Terminal Condition - Eternal Position
Disposition And Deeds
The Inexpressibly Powerful God - Character and Attributes of God (30)﻿
Surrendered and Dying To Self