James, a bond-servant of God and of the Lord Jesus Christ, To the twelve tribes who are dispersed abroad: Greetings. 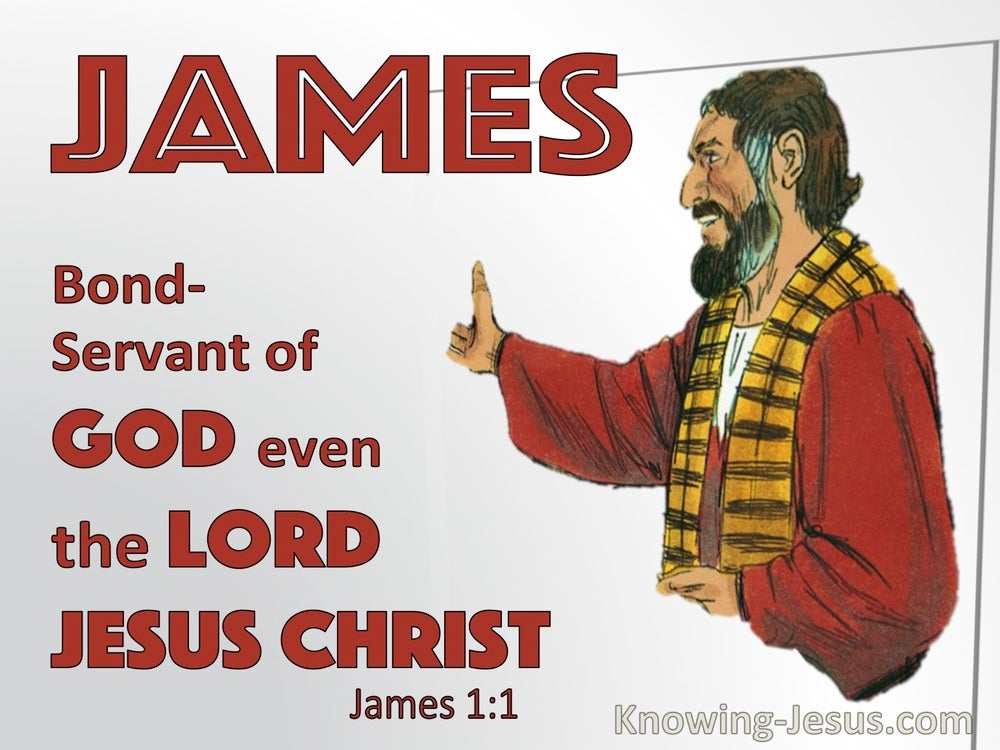 James was a half-brother of the Lord Jesus and could have boasted of their close family relationship or identified himself as a great leader of the Christian church. He was chairman of the Jerusalem council which started to lay the foundational doctrines of Christianity, but James did not boast of his parentage, position, or pedigree... but identified himself as a bondservant of God - a slave of the Lord Jesus Christ.

James was unconvinced of his Siblings authority and deity during the Lord's earthy ministry. It was probably following Christ's post-Resurrection, personal appearance to James that his cynical attitude towards Jesus radically changed, and he believed on the Lord Jesus Christ and was saved.

James recognised it is not ancestry, family connections, worldly wisdom, or debating skills that are of consequence to God. He came to understand it is only by faith in the shed blood and glorious Resurrection of Christ, the only begotten Son of the Father, by which a man is redeemed and transferred into the family of God.

James realised it was not his earthly connection with Jesus that mattered. It was not his bloodline or ties to the Lord in His humanity that was of consequence to God, and so his opening sentence is, "James - a bond-servant of God and of the Lord Jesus Christ - to the twelve tribes who are dispersed abroad: Greetings."

Being called a bond-servant or the slave of Christ became a badge of honour in the early church, rather than being a derogatory or degrading title. It showed they were a person who had trusted God, was born again, had died to self, and belonged wholly to the Lord. Persecution for the sake of righteousness may be the consequence of being God's bond-servant, but it identified a man or woman who had died to their own self-importance and lived for Christ alone - spirit, soul, and body.

The word 'AND' in the opening sentence, is more correctly translated 'EVEN' in this verse and should read, "James, a bond-servant of God EVEN of the Lord Jesus Christ." It demonstrates that 'God' in this sentence is referring to the Lord Jesus in His deity. There are many recorded instances of James and Christ's other siblings, mocking the Lord Jesus and even labelling Him as a crazy in His humanity, saying, "He has lost His senses." But as Jesus pointed out, the one who is forgiven much is the one who becomes the most devoted.

James is considered to be the earliest epistle, and it was written to Jewish believers in Christ. Acts tells us that although the early Church was scattered to faraway places and persecuted for their faith, Jewish Christians only shared the good news with other Jews. So although the book of James is an important part of the canon of Scripture, it should be understood that it was addressing Jewish Christians, "To the twelve tribes who are dispersed abroad: Greetings."

Israel started to be dispersed during the Assyrian invasion of Samaria which continued with their exile in Babylon. The Greek and Roman empires, together with the persecution of the early Church caused additional displacement of Jews, and the diaspora continued until 1948 when the modern nation of Israel was established.

Believing Jews from every dispensation are labelled by Paul as 'the Israel of God', and James' letter appears to be addressed to this remnant of believing Jews - Christian believers with Jewish ancestry, which is why James includes so many references to the Law, the prophets, and Christ's Sermon on the Mount.

James is most certainly a Church-age epistle for all Christians but should always be read with this understanding. Luther, like many other church fathers, questioned the relevancy of the epistle of James. They considered that it conflicted with much of Paul's teaching. But once it is understood that these theologians thought James was writing about the initial JUSTIFICATION of a sinner instead of teaching about the ongoing SANCTIFICION of a saved individual, the content begins to make sense.

How important when reading any section of Scriptures that we read it literally, grammatically, dispensationally, and in its correct historical context, if we are to grow in grace, come to a deeper understanding of God's glorious plan of redemption, and discover the role of Israel and the function of the Church.

Heavenly Father, thank You for the inspired Scriptures and all the truth they contain. I pray that when there is a passage I find difficult or a concept I do not understand, that You would open up my understanding so I may grow in grace and in a knowledge of the Lord Jesus. Thank You that our salvation does not depend on our parents, position, or pedigree, nor is it based on our intellect, skill, education, or nationality. Thank You for all that Jesus endured in His humanity so that He could become the sacrifice for my sin. Thank You that in Your grace You sent Your only begotten Son to live and die, so that by faith in Him I may die to this old self-life and be raised into newness of life - by faith in Christ. Praise Your holy name, AMEN. 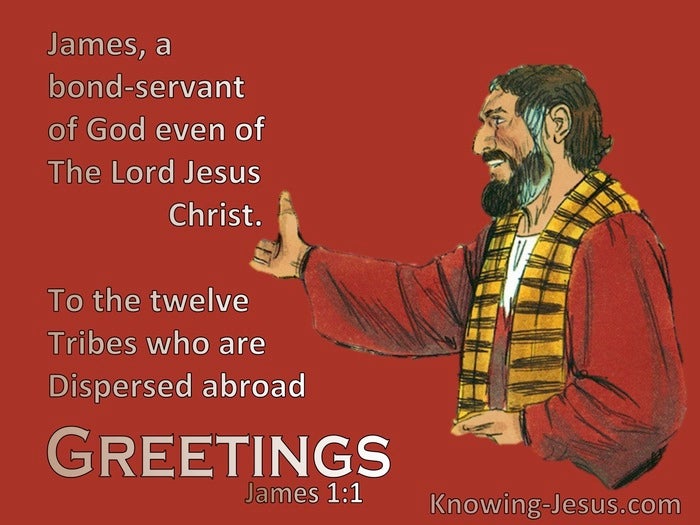 Choose a Verse from James 1 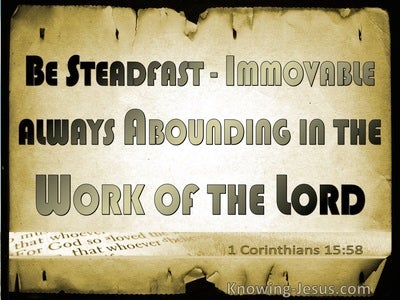