He made Him who knew no sin to be sin on our behalf, so that we might become the righteousness of God in Him. 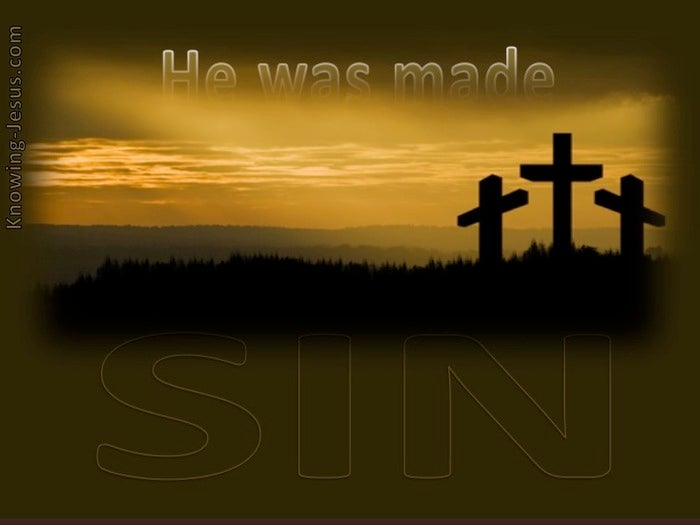 Jesus is the personification of love and the message of the cross is written in His blood. Christ's sacrificial death at Calvary is the greatest demonstration of the love of God for mankind, for God demonstrated His deep love towards us in that while we were yet sinners Christ died for us. The Son of God was made sin for us and the great design of the gospel of grace is full and free reconciliation - unconditional peace with God.

The Gospel of reconciliation and all it means to us is a great and profound mystery, which should engender in all of us, both wonder and praise. "That God the Father made God the Son Who knew no sin to be made sin on our behalf...so that we might become the righteousness of God in Him".

God in His grace stretched out His arm of peace to the fallen race of man, through the gift of His only begotten Son, so that He could be our kinsman-Redeemer.. so that the blood He shed on Calvary's tree, would pay the price for our sin. Jesus took the punishment we deserve so that we might be imputed with His perfect righteousness.

God in His mercy stooped down to humanity so that the sacrificial death of the sinless Lord Jesus, would pay the penalty for our sin through faith in Him.. so that sinful man might be declared righteous, forgiven of our sin forever, and eternally clothed in the glorious righteousness of Christ.

God in His love clothed Himself in mortal flesh, so that through the surrender of the unblemished Lamb of God on the altar of sacrifice, we could be fully identified with Him - becoming the righteousness of God in Him and being declared holy in the sacred sight of God. God in His grace, mercy, and love adopted us as His children and made us joint-heirs with Christ.

God the Father treated the Lord Jesus like a condemned criminal, pouring the full force of His anger and wrath on the Son of His love, as He bore the accumulated sin of the whole world on His sinless shoulder. Jesus was cursed on our account and paid the price for our sins. He carried the guilt of every man and every woman and bore the shocking penalty that we justly deserve so that by faith in Him we might be declared righteous, and become the righteousness of God in Him.

Acting as our kinsman-Redeemer, Jesus was made sin by becoming the full and final sacrificial sin-offering, The One Who knew no sin was made to be sin and was condemned on our account. He was identified with man's fallen race and imputed with the sin of all humanity, causing Paul to write, "God Made Him to be sin - for US. God made Him Who knew no sin to be sin on our behalf."

The eternal and holy Son of God became the pure and perfect Son of Man. After a life of humiliation and sorrow, where He was despised and rejected of men. He was slaughtered on a cursed tree.. and yet His final words pleaded, Father forgive," and all that fallen man has to do to receive His forgiveness is to say - "I believe on the Lord Jesus Christ - I believe that He died for ME".

Our sinless Saviour was made sin on our account. The eternal Son of God bore the accumulated sins of the whole world upon Himself - including YOUR sin and MY sin. The Lord Jesus identified with our sinfulness and shame so that we could be eternally identified with His magnificent glory and everlasting righteousness, simply by believing in the name of the only begotten Son of the most high God.

What depth of love.

What a testimony to the terrible gravity of sin.

Father, dear Father God, I can scarcely take in the depth of love You have for me... a sinner who deserves nothing but condemnation. I praise You for Your grace and love and wisdom and mercy towards me. I thank You, Father, that You made Him Who knew no sin to be made sin for ME, so that I might become the righteousness of God in Him. Thank You that through Christ there is no condemnation for those that believe in Him as Saviour. Thank You there is no condemnation for those that are "IN Christ".  “I do believe....”  and I thank You, Father, in Jesus' name, AMEN. 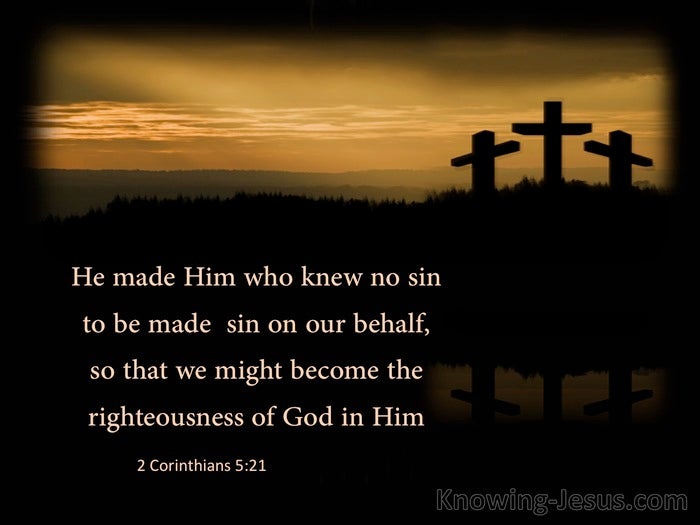 Choose a Verse from 2 Corinthians 5 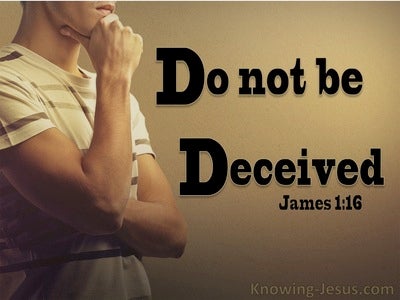 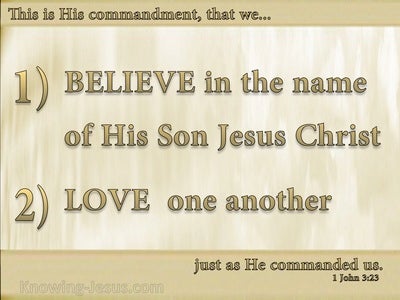 Isaiah 41:17
Personal Influence
The Viewpoint
The Cross and the Kingdom
Top Priority