It was revealed to them that they were not serving themselves, but you, in these things which now have been announced to you through those who preached the gospel to you by the Holy Spirit sent from heaven--things into which angels long to look.

What an important example the prophets of old set to all of us.. and what consequential lessons we can learn from their ministries... and God's dealings with them. These were chosen men of God, who were anointed by Him to deliver heavenly information that was to one day be complied into the very Word of God. These were the select few, through Whom God incarnate was to reveal Himself and His message of salvation, to His fallen creation. And over many centuries, holy men of God spoke as they were moved by the Holy Spirit - to give testimony of the coming Messiah, Jesus Christ the righteous:- heir of all things, and through Whom the world was created.

These were prophets who foretold of astonishing future events, which would have little impact on their own earthly life, but it was revealed to each one that their ministry was being addressed to a future generation. They were not to see the full impact of their prophetic voice.. for much of their message was for those who were to live in the time period between the advent of their promised Messiah; His suffering and His glorious return to earth in power and great glory.. as King of kings and Lord of lords.

It was revealed to them that they were not serving themselves, but we who would come after. Their prophetic eye could see two mountainous future peaks, but not the extended period of time that would pass between. They were to see the twin-peaks of Calvary, where Christ was to suffer and die for our sins and Olivet, where He will one day place His feet.. on that glorious day, when He returns to set up His coming millennial kingdom.

These were great men whose names would go down in history. They were the prophetic voice of God, through whom the message of salvation started to be proclaimed to a lost and dying world.. and it was the Holy Spirit of God Himself Who would move them to write the inspired Scriptures. But the fullness of the message of grace could not be more fully unveiled until the Lord Jesus came to present Himself in Person - as the sin-sacrifice for the whole world.

Events that were veiled to the eyes of these great men were brought into sharper view when the Holy Spirit started to move in the lives of the apostles, who unfolded the mystery of the Church, which is the body of Christ and the free gift of salvation, which is given by grace through faith to all who will believe in the only begotten Son of God - as Saviour and Lord.

The holy angels of God also longed to look into the truths that were hidden from the view of these holy men of God. But as Church-age believers we have the incredible privilege of being given the full and final revelation of God.. through Jesus Christ - and we have come to an understanding of that which was was hidden from these early prophets, with inexpressible joy.

How sad that so many Christian today are prepared to dismiss the truth of God's word for extra-biblical “revelations'. May we study to show ourselves approved unto God and rejoice in the riches of His grace.. knowing that we have been given all we need for life and godliness - and it is all contained within the holy Scriptures.

Heavenly Father, thank You that You have revealed all that is needful for life and godliness in You precious Word. May I treasure the truths that are contained within the sacred pages, knowing that both prophets of old and the holy angels of heaven were kept from fully understanding the glorious mysteries, which have now been revealed to Your Church - which is Christ in you the hope of glory. Thank You, in Jesus name I pray, AMEN.

Choose a Verse from 1 Peter 1 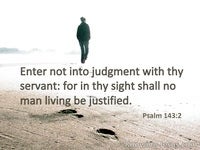