seeking to know what person or time the Spirit of Christ within them was indicating as He predicted the sufferings of Christ and the glories to follow. 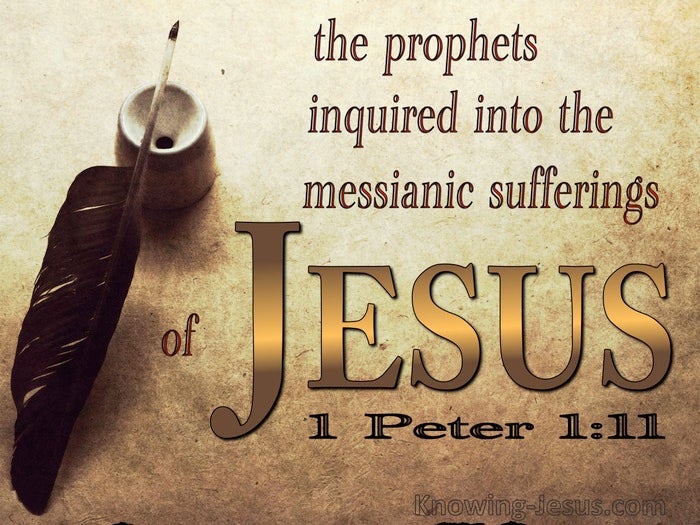 There were certain mysteries that were hidden from the prophets of old until the time that God chose to reveal them to Paul and other new testament writers. These mysteries were secrets that were planned in eternity past and had been kept hidden for long ages - but at the right time these unrevealed secrets were finally made manifest to us through the New Testament writers in general.. and through Paul in particular.

These mysteries together with the mystery of lawlessness, the mystery of the gospel and the mystery of God were hidden secrets, which were revealed to us through the ministry of Christ's appointed apostles. These were mysteries that the Old Testament prophets were curious about, for they were to testify in advance of the sufferings of the coming Messiah and the glories that would follow - but although God spoke long ago to our forefathers through the prophets in many different ways, the prophets themselves did not understand what they were prophesying about - because God in His omniscience chose to to keep it a mystery from them, until it would be revealed at His own, appointed time.

Prophets foretold that the promised Messiah was to come in great power and glory and set up His earthly kingdom. He was to rule over the nations as King of kings and Lord of lords.. His glory would cover all the earth - and His kingdom would never end.

But they also foretold of a suffering servant who would be wounded for our transgressions, scoffed and mocked by His own people, Israel. He would die a cruel death, be buried in a rich man's tomb, sold for thirty pieces of silver, pierced in His hand and feet and hung as a curse on a tree - saying “I thirst'.

The prophets rejoiced that their coming Messiah would sit on David's throne and save His people from their sins but they diligently inquired into what time and what circumstances the indwelling, Holy Spirit of Christ was indicating, when He testified to them in advance of the terrible messianic sufferings that their Messiah would have to endure.. and the thrilling, heavenly glories that would follow.

We who have the completed Word of God have had ALL the mysteries that His prophets of old did not understand... revealed to us in the Holy Bible. God has spoken to us in these last days in His SON and it is all contained in the Word of God.

How sad that instead of flying to the Word of God to discover all we can of His plans and purposes for us and the truths that the Father has revealed to us in the Scriptures and declared to us in His Word.. that so many are looking for extra-biblical illumination in other places. Let us study to show ourselves approved unto God and not seek to be illuminated by any other authority than the inerrant Word of God.

Heavenly Father, thank You that in Your Word I have all that I need for life and godliness. Thank You that You have chosen to reveal to Your church those things that You purposed to keep secret in times past, but have revealed them to us through Your Son our Savour Jesus Christ. Thank You that You have revealed all we need in the Holy Scriptures, and that they are able to make us wise unto salvation. Thank You that we do not need to go looking elsewhere for spiritual illumination or extra-biblical revelation. May I be kept from the deception that is sweeping Christendom today and keep my eyes firmly fixed on Jesus the Author and Finisher or my faith, in Whose name of pray, AMEN. 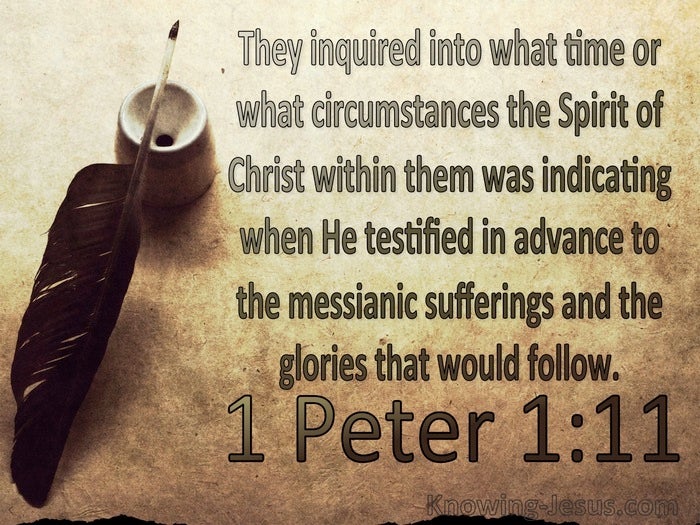 Choose a Verse from 1 Peter 1 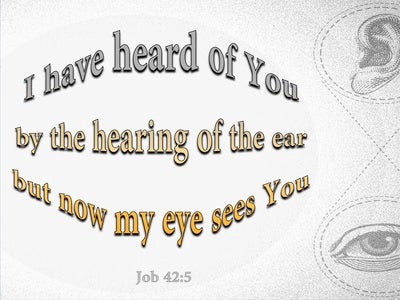