but in case I am delayed, I write so that you will know how one ought to conduct himself in the household of God, which is the church of the living God, the pillar and support of the truth. 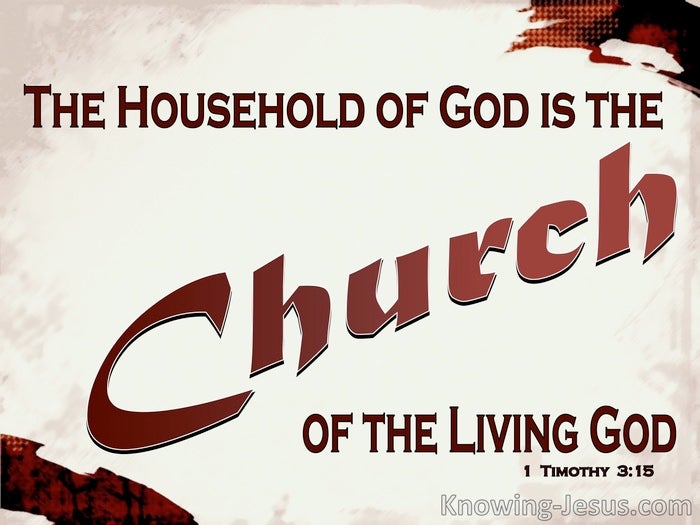 Paul was a man who lived by FAITH and not by SIGHT. He was a person who desired to remain in the centre of God's will, and although he was a prophet of God, who was commissioned to write a considerable number of New Testament books, Paul did not always know what God's plan for his life were.

Sometimes he discovered that his own, legitimate desires did not always line up with those of the Lord. For instance.. instead of going to Spain to preach the gospel, he was called to Macedonia, and instead of being free to travel widely, to share the good news of Christ, Paul often found himself incarcerated in a prison cell.

Instead of visiting them in person, Paul often had to resort to writing to Christians in different cities, in order to teach them the principles of Christianity and how to conduct themselves, in a fallen world, that is inhabited by wicked men and governed by corrupt administrations.

Knowing that it is the mind of man that plans his way, while it is the Lord who directs the steps of a God-fearing person, we find Paul giving instructions, in his epistle to Timothy, concerning elders, deacons, their wives and children.. and writing of the importance of guarding the truth of the glorious gospel of grace within the Church - and so we read.. but in case I am delayed, I write, so that you will know how one ought to conduct himself in the household of God, which is the church of the living God - the pillar and support of the truth.

Timothy had been given a pastoral role at the Church in Ephesus, and in case he was delayed, Paul wanted to be sure that this young man was spiritually equipped to live in a manner that honours the Lord, exhorting him to make sure that purity of heart and righteous conduct was manifest in his life, and in the life of all believers within the household of God.

'The household of God' refers to all who have been saved by grace through faith in Christ, and Paul qualifies this by spelling out, in no uncertain terms, what he meant - the household of God is the Church of the living God. It is the pillar and support of the truth.

The household of God are the believers who make up the Body of Christ, and we are being built together into the temple of the Lord and are an holy habitation for Him. The household of God are those that have been entrusted with the gospel of the grace of God, and who have been commissioned, by Him, to go into all the world and preach the gospel to every creature - and to make disciples of all nations, to the glory of God.

The household of God are the men and women who are positioned in Christ, by faith, and have become the pillar and foundation of the truth of God's glorious gospel of Christ - for Jesus is the Way and the Truth and the Life - no man is reconciled to the Father except through faith, in HIM.

Some people erroneously teach that a denominational church is the foundation of truth and that the only way to be saved is to follow their rules and regulations - but this is unbiblical. Scripture teaches that Christ, Himself is the Truth, and that He, alone, is the foundation, upon which our faith is anchored. Indeed, the Word of the living God, testifies to this unchangeable truth.

As individual members of the household of God we are all living stones, that are commissioned to share the truth of Christ with the lost. As a spiritual body of believers, we are... both individually and collectively, spiritual pillars in a crumbling world of lost souls. We are not the source or foundation of truth, for Christ is the Source of truth and He is the Foundation upon which our faith is founded. However, we are those that teach, support and defend the truth of the glorious gospel of grace - and we do it for love of the Lord Jesus and for the praise and glory of His holy name.

Heavenly Father, thank You for the Word of God and the wonderful truths that are contained within its pages. Thank You that I have everything I need to live a pure and holy life and have been taught how to conduct myself in this fallen world system. I praise You that by faith in Christ I am a member of the household of God and part of the Body of Christ - which is identified at “the Church of the living God'. Help me to stand firm in these evil days and be a strong and established pillar of truth, that points lost sinners to Christ - Who is the source, the seal and the consummation of our faith - and in Whose name I pray, AMEN. 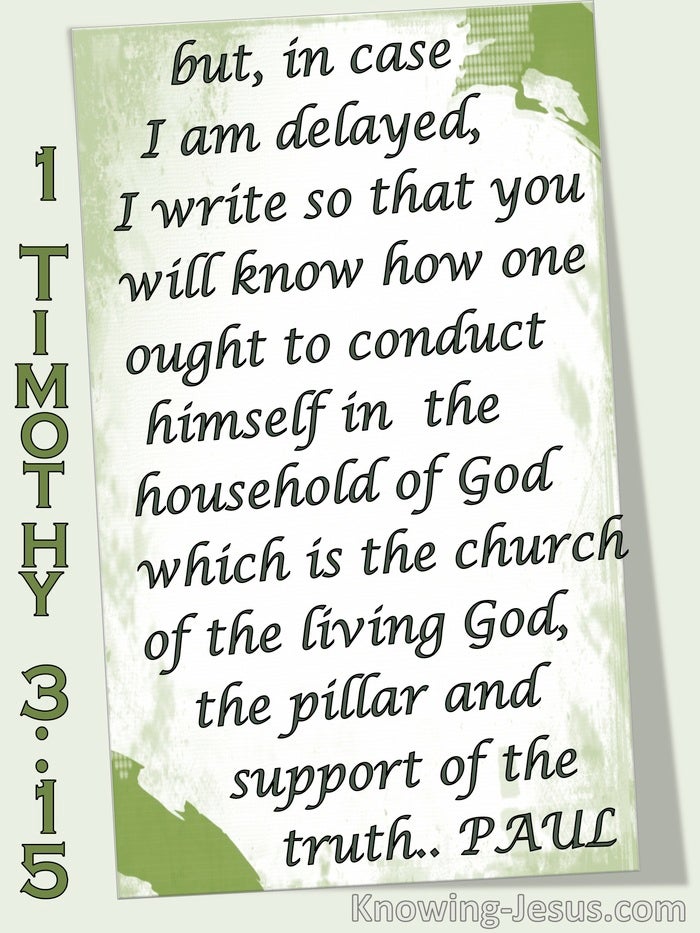 Choose a Verse from 1 Timothy 3 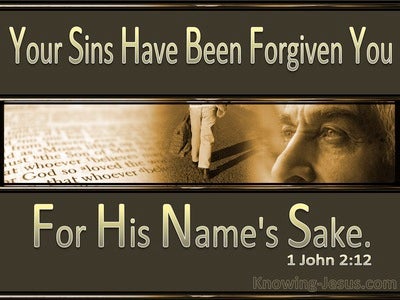 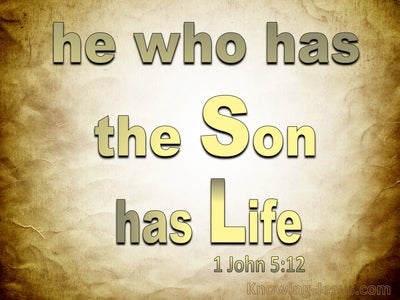