So when He said to them, "I am He," they drew back and fell to the ground. 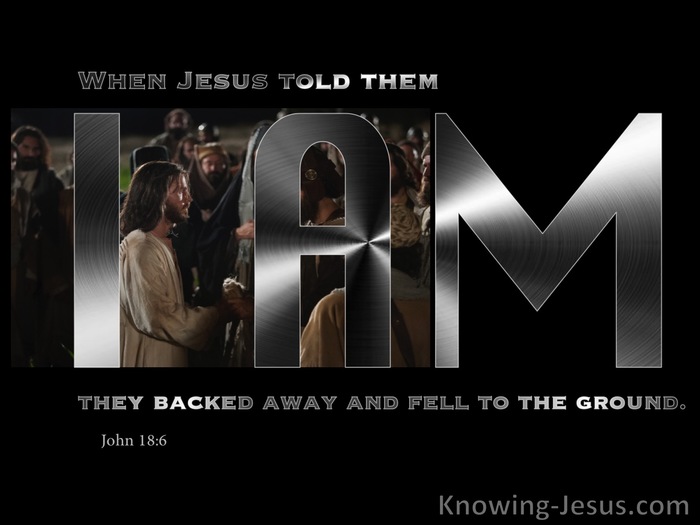 Never forget that the gentle Shepherd of the lost sheep of the house of Israel is God incarnate. He revealed Himself to David as his Shepherd, Who leads us beside still waters, restores our soul, guides us along the path of righteousness, and protects us in the valley of the shadow of death.

Never forget that our crucified Lord and resurrected Saviour is the divine Lamb of God, Who takes away the sin of the world. And in a brief word to His captors, Jesus encapsulated all the majesty, dominion, glory, and power of almighty God, when He proclaimed, "I AM" in the Garden of Gethsemane. Jesus knew all that was about to take place and asked who they were looking for. They answered Him, "Jesus the Nazarene." And Jesus boldly declared, "I am He" or, "I AM".

The Roman soldiers and Temple guards had come to arrest Jesus, with swords and staves and horses, and our Lord identified Himself as the Person for whom they were seeking, but He did so by using the very name of God. Jesus identified Himself to this company of soldiers and Temple guards with the words spoken to Moses at the burning bush - "I AM". Jesus spoke the name the Lord God Almighty used, with authority.

He spoke the name that God used to identify Himself to Moses so many years before - when Moses turned aside to see why the burning bush, on Mount Sinai, was not consumed. No surprise that as soon as Jesus said to them, "I AM", that they all went backward, and fell to the ground. No surprise that when Christ identified Himself as the almighty Creator of the universe, that all who came to arrest Him and accuse Him, immediately backed away and fell down before Him.

How dare this motley crew of pious religionists and rude mobsters approach, and challenge this heavenly Man, let alone lay hands upon Him and drag Him off to be falsely accused and cruelly tried by Pilate's Gentile injustice and the Sanhedrin's Jewish hatred. Never was Christ's authority as God more openly displayed to an unbelieving world, than when He stepped forward, during their cowardly approach, under a cover of darkness, and answered with that tremendous, earth-shattering, awesome name, "I AM".

"I AM Who I AM" was the name that the Lord told to Moses, so that Israel would know that he was God's chosen servant to lead His people out of Egypt. "I AM" is the title Christ used to identify Himself as the eternal God and Prince of Peace so many times during His earthly walk. "I AM the Door of the Sheepfold. I AM the Light of the world. I AM the Bread of Life. I AM the Resurrection and the Life."

"Who do YOU say that I AM?" was Christ's question to the troubled disciples. "You are the Christ the Son of the Living God", was the only answer they could give, for HE had the words of eternal life. "I AM the Way and the Truth and the Life. No man comes to the Father, except by ME."

"I AM" is the title Christ correctly attributed to Himself, when He was challenged by that ungodly crowd of pious religionists and rude mobsters, and caused them to fall to the ground, when HE spoke the truth - for He is God's only begotten Son. He is the anointed Messiah of Israel, Who came into the world to save His people from their sins.

Jesus of Nazareth is the everlasting God Who is the same yesterday, today, and forever, and He is all that we will ever need - for He is our Kinsman-Redeemer, Who gave His life as a ransom for many, so that all who trust in Him would not perish but have everlasting life.

Let us never forget Who the Lord Jesus Christ truly is. He is the only Begotten Son of the Almighty God, Whom He appointed heir of all things, and through whom He made the world. He is the radiance of the Father's glory because He is the Second Person of the Trinity. He is the exact representation of the Father's nature, and upholds all things by the word of His power. And when He had made purification for our sins, He sat down at the right hand of the Majesty on high, for He also said, "I AM - the Good Shepherd, and I lay down My life for the sheep."

Loving Father, I confess that familiarity with the stories of Jesus and even the gracious, loving-kindness that You have extended to me through my salvation and eternal security, causes me to forget that the Lord Jesus is truly the one and only almighty God, Maker and Sustainer of heaven and earth. Praise Your Holy name for You alone are worthy of praise. In Jesus' name I pray, AMEN. 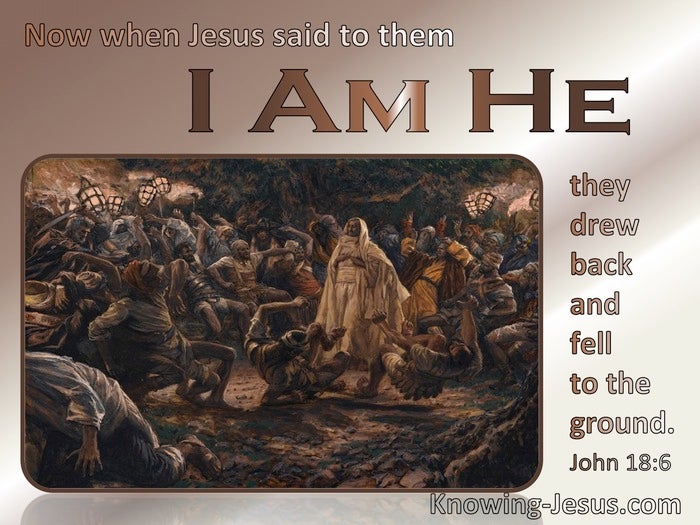 Choose a Verse from John 18 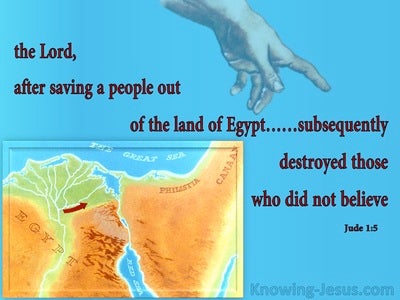 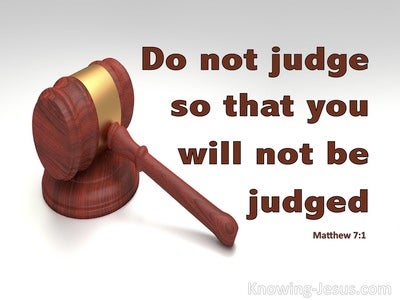 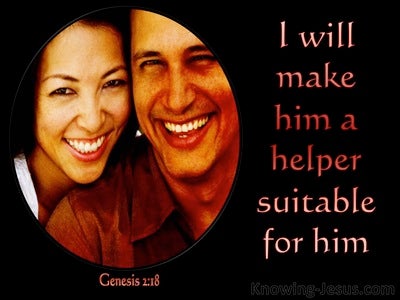