And He said, "If you will give earnest heed to the voice of the LORD your God, and do what is right in His sight, and give ear to His commandments, and keep all His statutes, I will put none of the diseases on you which I have put on the Egyptians; for I, the LORD, am your healer." 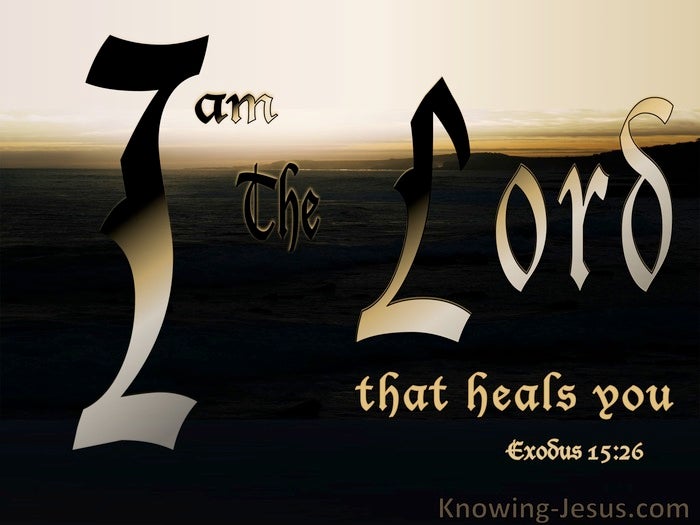 God progressively revealed the many facets of His eternal character throughout the pages of Scripture and it was to Moses that the Lord revealed Himself as Jehovah-Rapha -  "I am the God Who heals you." God had already revealed Himself to Abraham as 'the Lord God' 'the Almighty God' and 'the everlasting God'. He also identified Himself as Abraham's 'Provider', when He spoke those words, which are pregnant with meaning, "I will Provide Myself - a Lamb."

It was God Who saved His people Israel, after 400-years of bondage in Egypt, when they applied the shed blood of the Passover lambs onto the lintels of their doors - a striking picture of the true Passover Lamb, Whose shed blood at Calvary would provide the means of healing the nation that was saving His people from slavery to sin and its terrible consequences.

And as the attributes of the God of Abraham, Isaac, and Jacob continued to be revealed to His chosen people, as the years rolled by, so each of God's revealed characteristics, was one more beautiful picture of the coming Messiah - the Mighty God and Prince of Peace, Who would also be the one Who would heal His people Israel, the nation whom Isaiah described as being sick, 'from the crown of their head to the sole of their foot'.

He would come as the Horn of salvation for the lost sheep of the house of Israel. He would come to heal the nation from their spiritual sickness, awake them from their spiritual slumber and remove the blinkers from their spiritual blindness... for He said to them, "If you will give earnest heed to the voice of the LORD your God, and do what is right in His sight, and give ear to His commandments, and keep all His statutes, I will put none of the diseases on you which I have put on the Egyptians; for I, the LORD, am your Healer."

Jesus is the one Who heals the brokenhearted and Jesus is the one Who sets the captives free. Jesus is the one who made the deaf to hear, the lame to walk, the blind to see, and the dead to rise into newness of life - for every attribute of the Almighty, Everlasting God, pointed towards the coming of the Lord Jesus Christ, the incarnate God, and perfect Man - The Lord our Healer.

It was to Moses, in the nation's infancy, that God revealed Himself to His people as Yahweh-Rapha - "I am the Lord that heals you," and David expanded this glorious truth in so many of his psalms, for we read: "He forgives all your sins and heals all your diseases. He redeems your life from the pit and crowns you with love and compassion." - "How blessed is he whose transgression is forgiven - whose sin is covered."

He is the one Who rights all wrongs, and He is the one who performs righteous deeds and judges the oppressed in righteousness. And as with all of God's good and perfect gifts, the healing He gives to all the redeemed is beyond our understanding and has an eternal perspective.

God often heals the physical wounds and earthly diseases that trouble our mortal bodies, and play heavily on our minds and emotions, but oft-times He whispers into our hearts, "My grace is sufficient, for My strength is made perfect in your weakness... in your sickness, in your hardship - in your loss, and your pain." But the incomprehensible truth of Jehovah-Rapha, is that His healing touch also spans the eternal sphere and the spiritual realm. I am the Lord Who heals you SPIRIT, SOUL, and BODY.

God's gradual unveiling of His perfect character throughout the pages of Scripture, progressively reveals His eternal plan of redemption, which is perfected and completed in the Lord Jesus. Let us always remember that our eternal healing took place at the cross - and if physical healing is withheld, there is a reason that God knows about - and His grace is always sufficient.

Heavenly Father, thank You, that You are the great healer. I am thankful I can lay my burdens at Your feet. I pray for Your healing touch in my life. You are my Jehovah-Rapha, and Your grace is sufficient. In Jesus’ name I pray, AMEN. 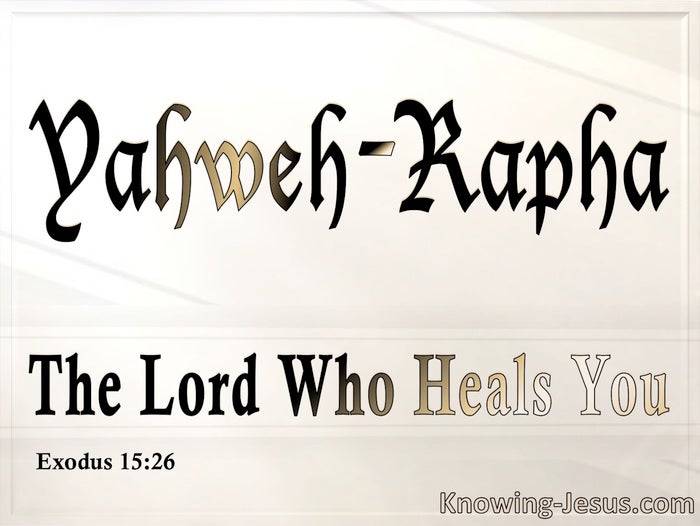 Choose a Verse from Exodus 15 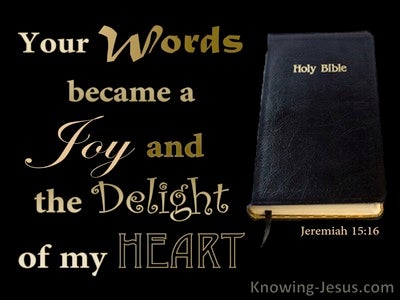 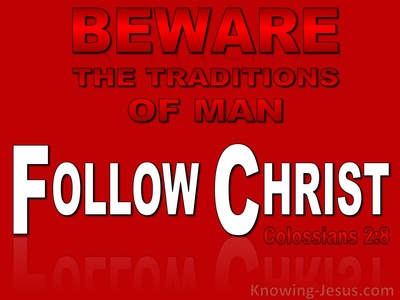