This know also, that in the last days perilous times shall come. 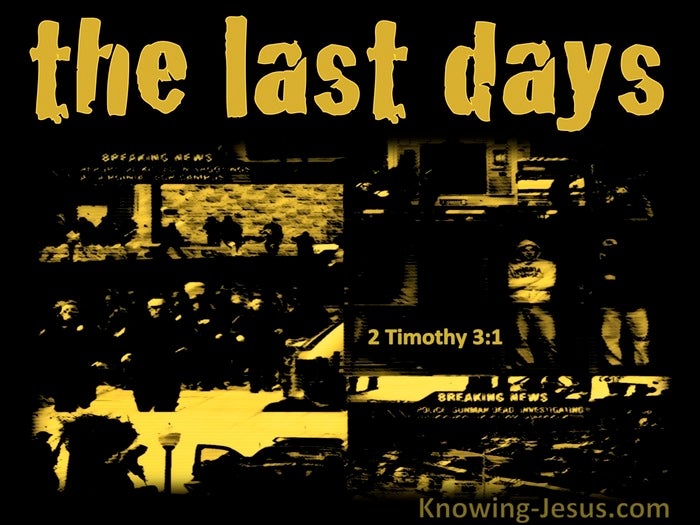 At the end of his life, when all had forsaken him and Paul lay condemned, in a Roman cell, he penned an accurate description of the state of the world in the end times.. as the time for Christ's return drew ever closer. Paul gave important information on how to identity these end times, which would become increasingly fraught with danger and wickedness - and he also gave clear instruction on how to respond during this evil time.. and outlined the responsibility of every believer. Today, we are living in the 'perilous, last days' about which the apostle Paul wrote.

Paul prophesised of moral decay, societal degeneration and an increasing advance towards every form of ungodliness - such that the influence of evil and wickedness would be seen to permeate every area of society.. and would even infect the Christian church itself. And Paul gave clear, concise instructions to Christians living in “the end times,' and outlines our responsibility to God.. and our duty toward others.

But Hebrews 1:1-2, reminds us that the 'last days' started with the ministry of the Lord Jesus - for we read:  in these last days God has spoken to us in His Son.  John also reminds us: my little children, these are the last days. The Bible points out that these 'last days' in which we live, began back in the first century and will continue right down until Christ returns - when He comes to set up His millennial kingdom. Paul together with other New Testament writers identifies these perilous last days as the entire church age.. together with that future time of terrible tribulation, knows as “ the time of Jacob's Trouble' - which is often called the 70th week of Daniel.

The horrific list of heathen depravity, shocking blasphemy, unthinkable wickedness, moral decay, societal degeneration, unbridled passion and religions bigotry is not simply a description of the unsaved but is an indicator of the progressive depth to which much of the Christian church has fallen over the past 2000 years. Paul himself saw the beginnings of these perilous times and we are now living in the final stages of “the last days'. But just as the frequency and intensity of a woman's labour-pain builds up as the time for her delivery draws ever closer, so too the depth of depravity and the breadth of evil is accelerating in these perilous times in which we live.

But Paul never gives a warning without the necessary tools to address the issue at hand. He does not tell us to try to change society per se, but he does instruct us to turn away from such things; to immerse ourselves in the Scriptures; to preach the Word; to be watchful in all things; to endure hardships, to do the work of an evangelist - to fulfil our ministry and to keep the faith.

We are to keep our eyes looking to Jesus so that we may finish the race that God has set before each one of us - whatever that race may be, and he also reminds us that there is a crown of righteousness laid up for all who long for His return. Today we are much closer to the return of Christ than the disciples in those early days of Christianity, when the perilous times in which we live began. But down through the ages there have been men and women who have read and understood this passage, and faithfully carried out Paul's final instructions to the Church.. before his death. They too were living in the last days as the Scripture indicates and they too took heed of the instructions that were given to the body of Christ in this final epistle of Paul.

May we in like manner fulfil our responsibility to God and our duty towards our fellow man as we look steadfastly to Jesus, study His word, fulfil the ministry that God has given each of us and continue as they did.. to look for His any day appearing, knowing that very soon Christ will be coming in the clouds to take us to be with Himself - before He finally pours our His wrath.. during that future time of great tribulation.

Heavenly Father, thank You for Your Word.. and the wisdom and warnings it contains. I pray that in these perilous time I will take heed to the instructions of Paul and look to Jesus the Author and Finisher of our faith - and seek.. in the power of the Holy Spirit, to live in these increasingly perilous times as Paul instructed - to Your praise and glory, AMEN. 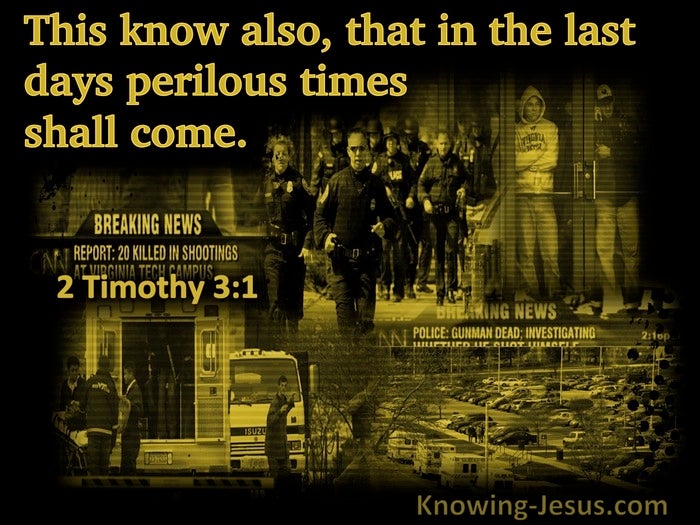 Choose a Verse from 2 Timothy 3 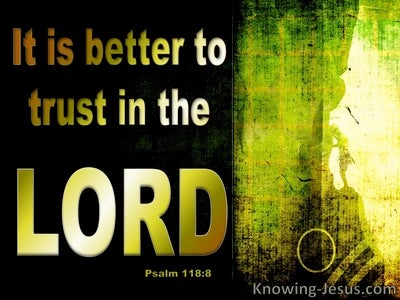 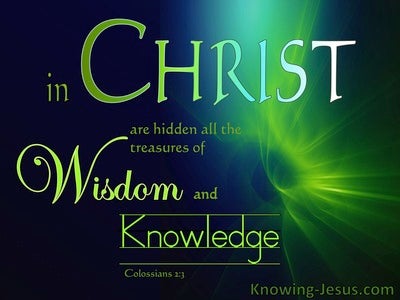