For there is one God, and one mediator also between God and men, the man Christ Jesus, 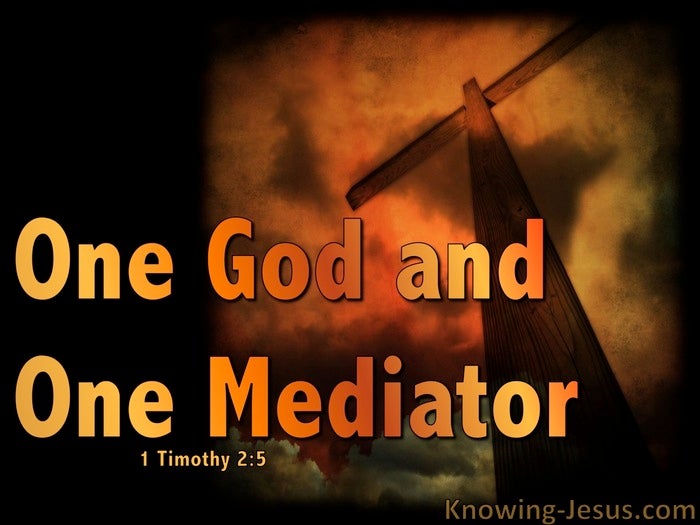 We live in a pluralistic, pagan society, where all roads lead to God! All truth has become relative and every tree is seen as a god to be hugged! We live in a world that has turned its back on the One, True Creator – a world that is embracing any foolish philosophy of man that takes their fancy.

We have become a race that has twisted every truth in the Word of God and formed a myriad of false deities, after which fallen men are lusting. But there is one God, and not the multiple gods’ of man’s imagination.

No one comes to the Father by Me, were the words of Jesus. Every man and woman; every boy and girl, every saint and sinner; every prophet, priest and king have sinned, and fall short of the glory of God. And the only way to God is through Christ.

Christ is the single intermediary and singular Mediator between God and man. Some see this as exclusive, and indeed it is, for there is no other name given under heaven by which we must be saved, but it demonstrates God’s wisdom and grace, for He did not give multiple ways to come back into fellowship with Himself, but one simple way – believe on the Lord Jesus Christ and you will be saved.

God did not make it difficult for man to come to Him. The Lord made the way of salvation so simple that even a little child could understand. Christ died for our sins, was buried and rose again, so that whosoever believes on HIM, will not perish but have everlasting life.

No one comes to the Father but by Me, were the words of Christ to a lost race of sinners, for He is the Word of God, Who was made flesh and was chosen to be the one intermediary; the singular intercessor; the sole adjudicator; the only mediator between God and man. The Word became flesh, and dwelt among us, and we have seen His glory – glory as of the only begotten from the Father, full of grace and truth.

Loving Father, thank You for making salvation so simple. I confess that sometimes I complicate Your amazing gift of salvation, which is by grace alone, through faith alone, in Christ alone. Thank You that I can come back into fellowship with You and become Your child through faith in the Lord Jesus. I pray that many will come to a saving faith in You today, in Jesus name I pray, AMEN. 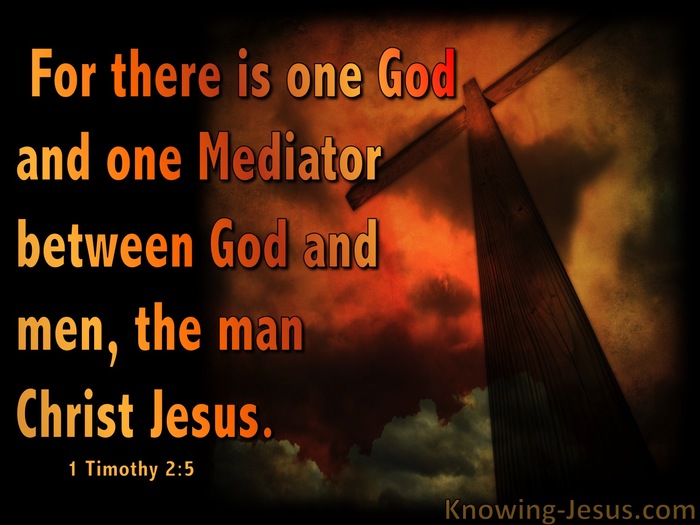