For there are three that testify: 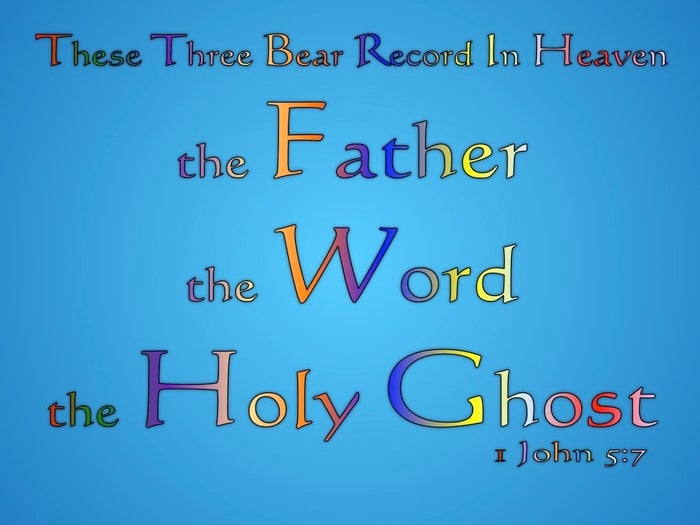 There is one God, for the Lord our God is One - one immortal, invisible, all-knowing, all-powerful, ever-present, holy and eternal God. He alone is to be worshipped for He alone is the Lord - and He will not share His glory with another. But that one God is manifested in three Persons: Father, Son and Holy Spirit - consubstantial, co-eternal and equal in being, in power, in essence, in substance, in reality, in person and in great glory, for ever and ever, amen.

Each member of the Godhead worked together in perfect symmetry and pure harmony to bring the world and wider universe into being out of nothing. The Father spoke the Word and the Spirit moved on the face of the deep and creation sprang forth - and God said, “let Us make man in Our image,' identifying His plurality, and God made man in His own image - confirming His singularity.

But the triune God also worked in holy synergy in the work of the new creation. The Father planned the salvation of man and gave His Son to be a ransom for many. He sent His only begotten Son into the world to be the sin-sacrifice for mankind - and the Father accepts every sinner saved by grace through faith in the Beloved Son of His love.

The eternal Son of God was the Word made flesh.. Who was born as perfect man.. carrying out the work of salvation for the sin of the world, by His sacrificial death and glorious resurrection. His death provided eternal salvation for all who would trust Him as Saviour, for there is no other name given among men whereby we must be saved.

The Spirit breathes life into the sinner, saved by grace through faith in Christ and removes him from the kingdom of darkness into the kingdom of Christ. He provides redemption, sanctification, justification and ultimately glorification. He clothes each one in the garments of grace and dresses each child in heavenly robes of redemption and righteousness. He takes up permanent residence within the body of each believer as a down-payment of God's rich and eternal promises - and these three members of the eternal, holy Trinity bear record in heaven that: God has given us eternal life, and this life is in His Son

Each Person of the Trinity:- Father, Son and Holy Spirit, bear record in heaven, of the truth of God's Word, which is the will and testimony concerning the incarnate Son of God. The Father, the Word, and the Holy Ghost unite to witness that God has given us eternal life, and this life is in His Son. And the witness of one immortal, invisible, all-knowing, all-powerful, ever-present, holy and eternal God stand fast for ever and ever - for these Three are One.

Heavenly Father, thank You for the amazing truth that Jesus Christ died for our sins and rose again the third day so that all who believe in Him might not perish but be forgiven of our sins and receive life everlasting. Thank You that Your truth is settled forever in heaven. I give glory to the Father. I praise and worship the Son - Jesus Christ the righteous and I lift up my voice in praise and thanksgiving to the Spirit for ever and ever, AMEN. 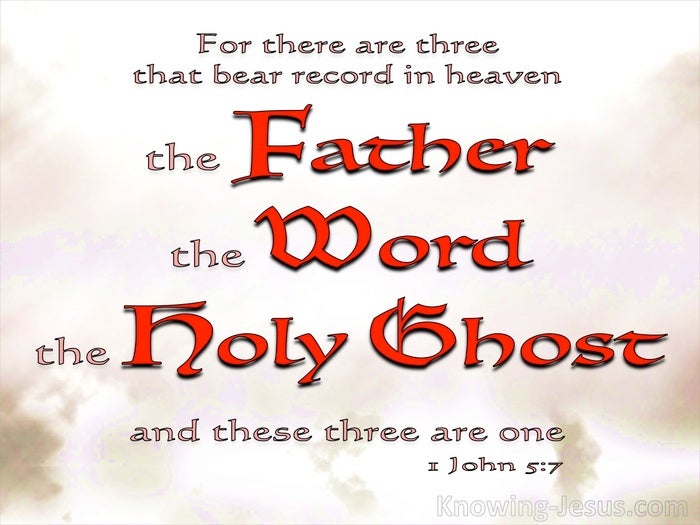 Choose a Verse from 1 John 5 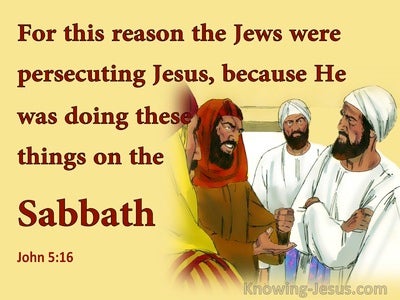