And they sang a new song, saying, "Worthy are You to take the book and to break its seals; for You were slain, and purchased for God with Your blood men from every tribe and tongue and people and nation. 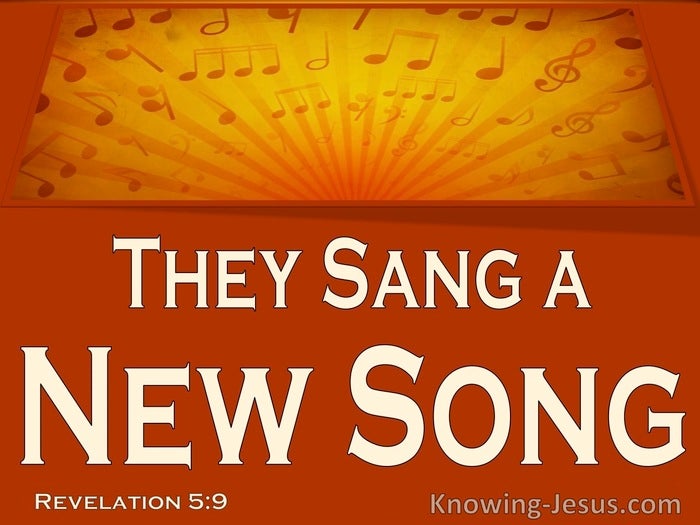 Christ's seven letters to the churches, contain valuable information, for all who are born from above. They give godly guidance on how to walk in holiness of heart and humble obedience, before the Lord. They inform us of those things that displease the Lord, but they also detail the things that honour Him - and we are exhorted to listen attentively, to all that the Spirit tells us, through His Word.

But following Christ's epistles to the churches, we are afforded a peep into the magnificent throne room of almighty God. We are introduced to four living creatures, a host of holy angels and 24 elders, who are seated on 24 thrones. They are worshipping the Lord and ascribing honour and glory to the Father and to the Lamb - Who are seated on the shimmering throne of God, before a sea of glass, which is as clear as crystal.

God the Father was examining a scroll, which was sealed-fast with seven seals, and John wept.. because there was no man, who was sufficiently worthy to open the scroll. John realised that the destiny of humanity rested on the breaking of those seals, but no one was good enough to open it, not even one - until the 24 elders comforted John.

They told him that the Lamb of God, Who has taken away the sin of the world, is seated on the right-hand of the Father. They said that the One Who died and is risen, was indeed worthy to open the scroll. Jesus alone, Who is man's only Mediator before God, is worthy to open the scroll - because He humbled Himself and became a Man, so that by faith in Him we might be exalted as sons of the Most High God.

Imagine his joy, when John was informed that the perfect Man, was the Lion of the tribe of Judah. He was the Word made flesh. He was the Root and Stem of David. Jesus was identified as the perfect Man, Who overcame sin and death - and He alone was worthy to open the book and its seven seals. It was Christ Jesus, Himself, Who took hold of the scroll to break the first seal, which caused the 24 elders to burst into joyful singing.

They sang a special song.. a different song. They sang a new song, which should rejoice the heart of ALL who have been saved by grace through faith in Christ: Thou art worthy to take the book, and to open the seals thereof: for Thou wast slain, and hast redeemed US to God by Thy blood. You have redeemed men out of every kindred, and tongue, and people, and nation - You have made US kings and priests unto our God: and WE shall reign over the earth.

But Who were these 24 elders, for certain translation record: Worthy are You to take the book and to break its seals; for You were slain, and purchased for God with Your blood MEN from every tribe and tongue and people and nation. You have made THEM kings and priests to our God; and THEY will reign over the earth.'

Some suggest that these elders represent the Christian church, Who are singing a new song, which only individuals, who were saved in this Church age are able to sing.. while others consider that these elders are angels, who are rejoicing about Christ's redemption of mankind.

Whichever of the two texts are correct, the wonderful truth is that Christ died for our sins.. was buried and rose again, according to the Scriptures, and He has redeemed us by His precious blood. There is no song so glorious to the redeemed, than the new song that was recorded by John, when he wrote the Revelation of Jesus Christ, which God gave Him, to show His bond-servants, the things which must soon take place.

Heavenly Father, thank You for Your written word and for the wonderful truths it contains. We praise and thank You for the godly instruction it teaches and the prophetic scriptures it foretells. Thank You that I can sing the new song of the 24 elders - for Christ Jesus was slain for me, and has redeemed me to God by His precious blood. Thank You for the many men and women of God, in this dispensation of grace, who have been redeemed out of every kindred, and tongue, and people, and nation. Thank You, that by faith in Him, we have all been made kings and priests of God: and will one day rule and reign on the earth - with Christ Jesus our Lord, in Whose name we pray. AMEN. 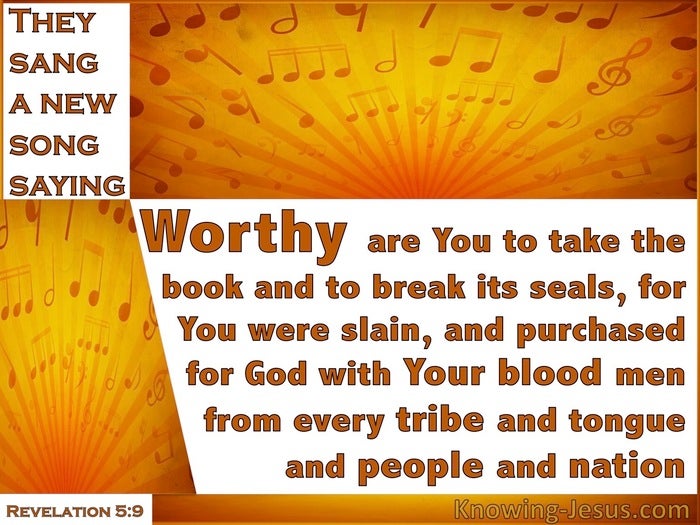 Choose a Verse from Revelation 5 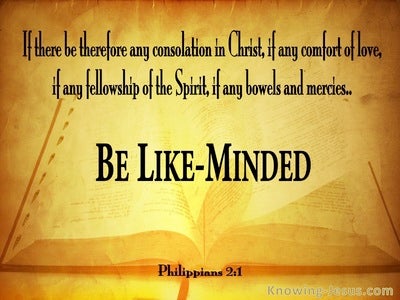