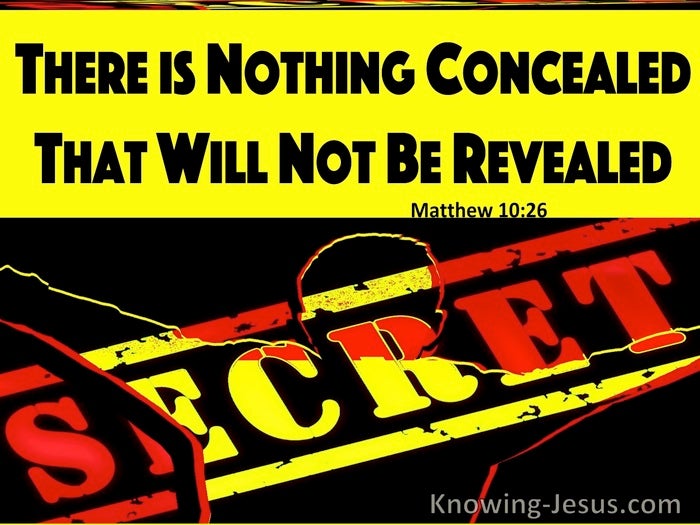 Jesus came to His people to present Himself as Israel's Messiah-King. Many prophecies were fulfilled at His birth, and the miracles He performed identified Him as the One to Whom all the prophets pointed. The Lord Jesus proclaimed His kingdom agenda to the people through His various sermons and teachings, and in Matthew chapter 10, He prepared His 12 disciples to undertake a mission to the lost sheep of the house of Israel. They were to announce, 'The kingdom of heaven is at hand.'

The twelve were commissioned as apostles and empowered to heal the sick; raise the dead; cleanse lepers and drive out demons. They were to travel throughout the cities of Judah and witness fearlessly of Jesus, the Messiah.. but only to the people of Israel. Their ministry was to be given without cost and they were instructed on how to conduct themselves during this important assignment.

Although Christ was instructing the twelve on one specific mission, certain topics appear to link back to his teaching on the Sermon-on-the-Mount while others are mentioned in His future Olivet Discourse. Indeed, the directions the apostles received seem to spill over into the final seven years of Israel's future commission - during the great tribulation, when 144,000 sons of Israel will once again proclaim the gospel of the kingdom to the nation of Israel - and throughout the whole world.

But Christ's instructions to the disciples also gives an insight into the way people would be treated in the Church age. Christ's commission to the 12 give us a peep into the way the yet future Christian Church would be treated during the dispensation of grace - for like the apostles, we are also sent out as sheep in the midst of wolves - which requires all God's servants to be shrewd as serpents yet innocent as doves.

Although the lost sheep of the house of Israel were Matthew's primary audience -  there is much for us to learn and apply from this passage. They were warned that they would face severe opposition from the religious people.. and even be persecuted, for His name's sake. They were instructed on how to respond when harassed by unresponsive people and were warned they would be hated by all, because of Jesus - even handed over to the authorities to be tried and scourged. But they were promised that "the Spirit of the Father would speak through them", just as the Spirit of Christ lives in us today, and works through us.

It is in the midst of Christ's detailed instructions to His disciples and His warning of coming persecution, that the Lord adds a word of encouragement - "Therefore FEAR NOT", are the Lord's heartening words, "do not fear them, for there will be nothing concealed that will not be revealed, nor hidden that will not be known".

Fear is the opposite of faith and amidst the reality of certain opposition; abuse; harassment and hatred, Christ's apostles were assured that all evil deeds perpetrated by hostile people against them... together with their deceptive agendas and mean-spirited lies, "nothing that is concealed will not be revealed, and nothing that is hidden will not be made known.

Truly the Lord Jesus gave His apostles, the nation of Israel and the Church, the greatest reason to trust in our heavenly Lord, when we are persecuted for His name's sake or face opposition; abuse; harassment and hatred. The secret plans and agendas of evil people who seek to disrupt God's redemptive plan; destroy His eternal word; scorn His gracious offer of salvation or assail His blood-bought people - will be exposed and judged - and nothing will be hidden that will not be made known.

In this world we will have tribulation, but whenever we are afflicted or oppressed.. whether through conflicts without or fears within, we are to take comfort in Christ'; trust His word and fear not - for God will expose every satanic evil plan and will one day judge the world in righteousness.

Let us never forget that the very hairs of our head are all numbered, for Christ loved the Church and gave Himself for us.

Heavenly Father, thank You for the many things we can learn from the commission Christ gave to His apostles, when He sent them to preach the good news of the kingdom to Israel and empowered them with strength from on high. Thank You that in Christ we have all we need for life and godliness, through the power of the indwelling Spirit of Christ. We praise You that in this world of sin and deception, there is nothing concealed that will not be revealed, and nothing that is hidden that will not be known and judged appropriately by You. Thank You for Your love towards all Your people of faith and help me to live and work for Your praise and glory - this I ask in Jesus' name, AMEN. 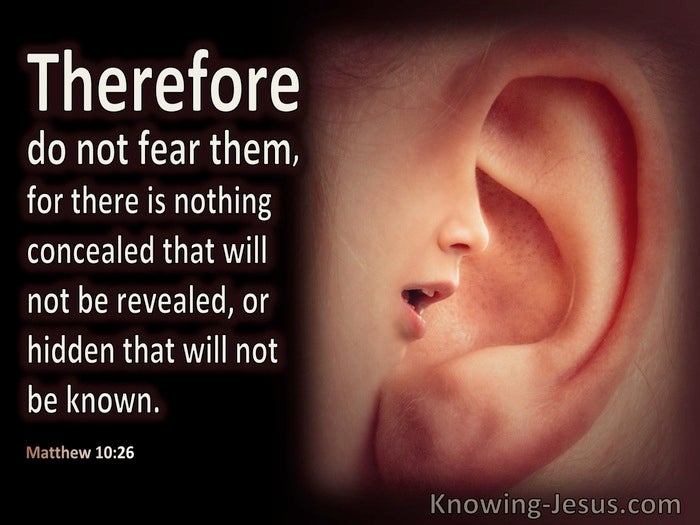 Choose a Verse from Matthew 10

Devoted Disciple
The Initiative Against Despair
God, My Benefactor (God - All I Need-4)
Patiently Trust