and not through the blood of goats and calves, but through His own blood, He entered the holy place once for all, having obtained eternal redemption. 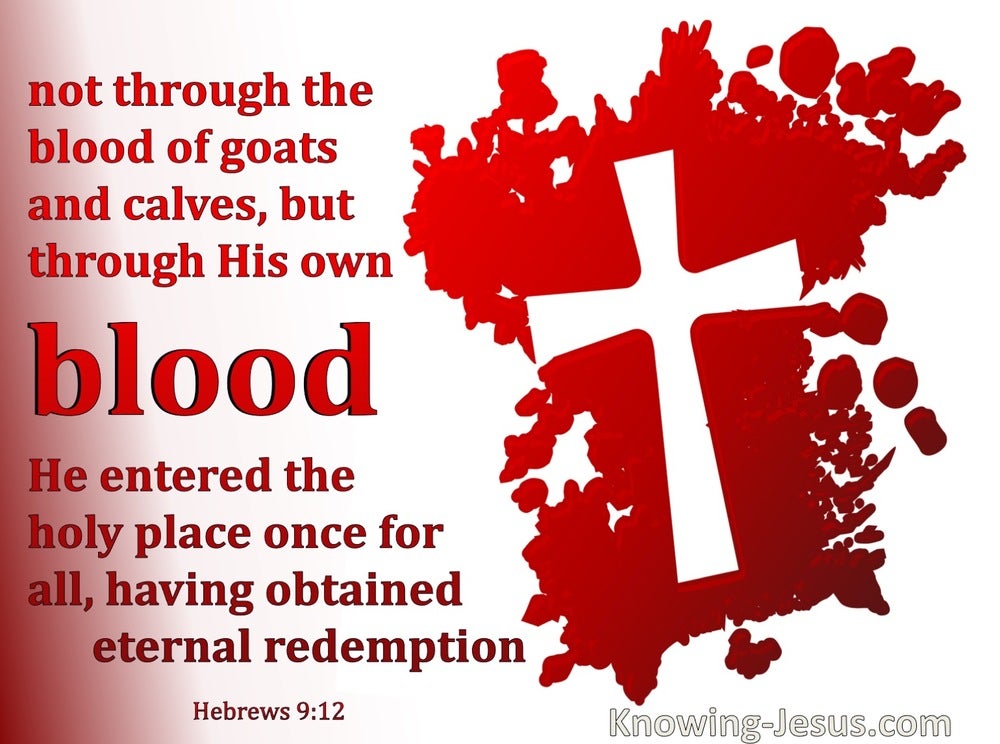 God's plan of redemption was triggered when sin entered the world through Adam's sin - and the wages of sin is death. Sin is rebellion against the Lord and cannot go unpunished. But God so loved the world that He gave His Son to pay the price for the sin of mankind, through shedding His own life-blood. HE was to be punished for OUR sin. He was to come at an appointed time to die for the sin of the world. But until that appointed time, man's sin had to be covered, temporarily, through the shed blood of innocent goats and calves.

This covering had to be temporary, for man's sin could never be forgiven by the blood of goats and calves. For multiple centuries God continued to unveil his perfect plan of redemption, as feasts and festivals, together with the shed blood of goats and calves pointed man to their coming Redeemer, who would save His people from their sin. Like the Mosaic Law and Aaronic priesthood, the shed blood of innocent animals was a schoolmaster to point us to Christ's death on the cross - the full, final, complete, and sufficient sacrifice for the sin of the world.

Man could not be saved through the blood of animals, Man could only be redeemed and reconciled to God through the shed blood of a Kinsman Redeemer, and the Son of God became Son of Man to pay that price for our sin. Having died on Calvary's cross for our sake, He rose again, ascended into heaven, and entered the holy place once for all, having obtained, for us, eternal redemption.

However, God is Spirit and man is flesh, and the only acceptable price for the sin of mankind was the shed blood of a perfect Man. Only a sinless man could pay that price for the sin of the world, and God loved the world so much that He gave His only begotten Son to be born into the human race and give His lifeblood as the ransom price for mans' sin - so that whosoever believes on Him would not perish but have everlasting life.

It is important, therefore, that we acknowledge Jesus to be fully Man, Who lived as we live - according to the limitations of our fleshly covering and human makeup. He grew weary and tired as we do. He became hungry and thirsty and was often footsore and weary. And Jesus was tried and tested as we are - yet, throughout the course of His earthly life, HE did not sin in thought, word, or deed. Jesus was the God-Man Who learned obedience by the things that He suffered and like us... and throughout His earthly sojourn, He was acquainted with all manner of griefs.

During His earthly life, He prayed to His heavenly Father and displayed deep reverence for Him in humble submission. He was sinless and without guile; He was humble and meek; He was full of grace and truth and found favour with God and man. Jesus was perfected during His life, to equip Him for His role as the Author and Finisher of our faith - He was the source of eternal life for all who would believe in Him and He was sent by the Father to give His life as the ransom price for the sin of the world and obtain redemption for all who would believe on His name.

But it is vital that the Lord Jesus is equally acknowledged as the living God - the incarnate Word of the Father, Who came from His heavenly abode to reconcile the world to God. He was the very radiance of God's glory; the exact image of His essence, and the perfect expression of His Father's nature, for the Spirit of God was in Christ, reconciling the world to Himself - restoring the world into fellowship with Himself.

It was not through the blood of bulls or calves, sheep or goats that Jesus became our holy Hight Priest the heavenly Mediator between God and man - but through the sacrificial offering of His own life and the shedding of His own blood. God was in Christ making peace between us and Himself and through HIM, all who believe on His name, have obtained the forgiveness of sin and eternal redemption.

Heavenly Father thank You for Your amazing plan of redemption and the wonderful way that You unveiled Your perfect plan for the salvation of the world through the Holy Scriptures. Thank You that Jesus was willing to come to earth to be the sacrifice for our sin and shed His lifeblood on the cross so that by faith in Him we might receive the forgiveness of sin and obtain eternal redemption. Praise Your holy name - and in Jesus' name I pray, AMEN. 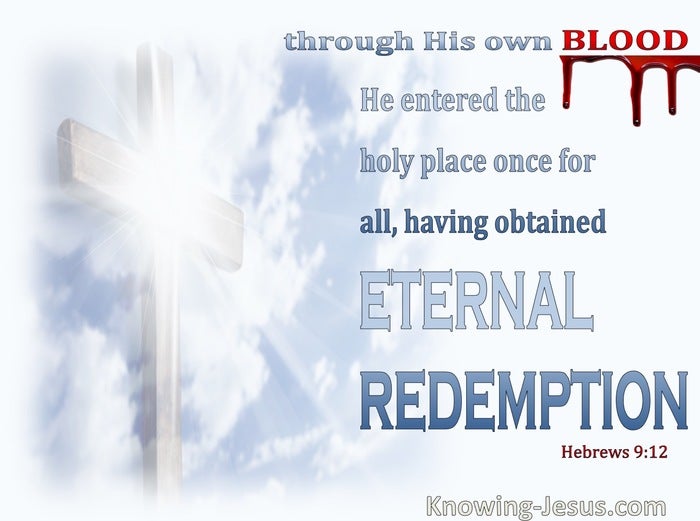 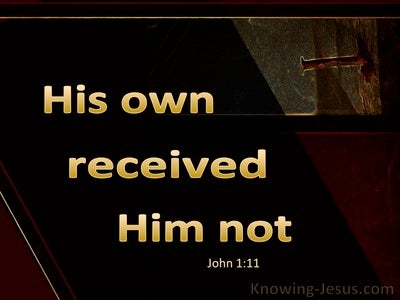