'Now then, if you will indeed obey My voice and keep My covenant, then you shall be My own possession among all the peoples, for all the earth is Mine; 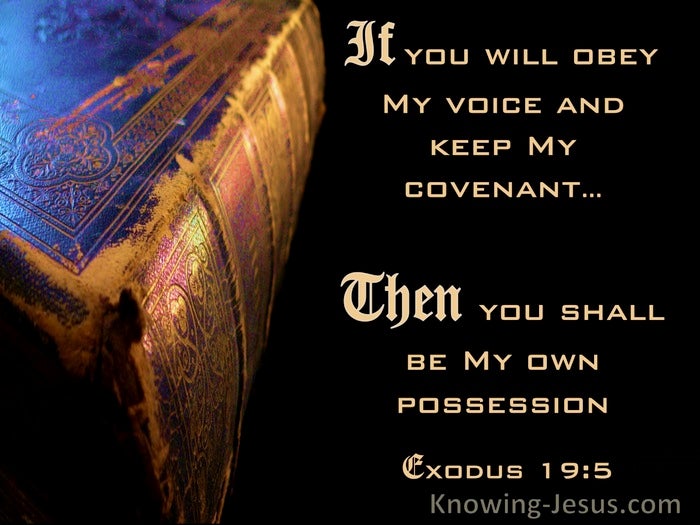 After sin entered the world, the human race lived under the authority of a fallen angel for many hundreds of years, until God chose one race from the sea of nations to be His chosen people. It was through them He would redeem the world from the curse under which mankind had been placed.

Although the whole earth belongs to the Lord for He made it.. and by His word everything was created, Israel was to be His chosen nation, by whom the rest of the world would hear that God is the Lord and through whom would come a Saviour - Who would save His people from their sin and redeem all whom God credited with righteousness - by faith.

From Exodus 19, when God made a covenant with His people... to the time of the Christ's crucifixion, when the Son of God was offered as the sacrifice for sin, God's chosen people lived under the Mosaic system, which consisted of the Moral Law; (the 10 commandments) the Ceremonial Law; (their sacrificial system) and the Civil Law (the daily rules that governed their lives).

God had already made an everlasting covenant with their forefather, Abraham, when He promised to bless him and give him and his descendants, (through his son Isaac), the land of Canaan, as an everlasting inheritance. The Law of Moses was added to the Abrahamic covenant. It's purpose was to reveal God's glory to His people and to point them to Jesus, their Messiah.

The perfect Law of God was not designed to save His people from their sin, but to reveal the sinfulness in the heart of everyman. It was to expose man's need for a Saviour. The purpose of the Mosaic Law was explained by Paul, who described it as 'a schoolmaster, to point us to Christ'.

Israel were to be different from the other nations, who were under Satan's authority. They were to set a godly standard of living and become a light to the Gentiles. They were to teach the nations about the kingdom of God and bring lost souls into the camp of Israel through faith in God... and in this verse the Lord explains to His people the conditions of His covenant - 'If you will indeed obey My voice and keep My covenant, then you shall be My own possession among all the peoples - for all the earth is Mine."

Moses explained the conditions of the covenant to the people of Israel, who responded, by agreeing "We will do all that the Lord has spoken". God promised that if they would obey His voice and keep the conditions of the covenant, He would exalt Israel above all the Gentile nations round about. He promised they would be His own 'treasured possession', and pledged that they would be His special people - holy unto the Lord, and He would be their God.

The first generation broke their covenant with God, but the Lord did not reject his chosen nation but reiterated the conditions to a second generation of Israelites... for in Deuteronomy we read, "For you are a holy people to the LORD your God. The LORD your God has chosen you to be a people for His own possession out of all the peoples who are on the face of the earth.

As we read through the fractured history of God's covenanted people, who time and again broke the conditions of their covenant, God in His grace never rejected His disobedient nation. We are reminded in Psalms, and elsewhere that the LORD has chosen Jacob for Himself - to be His own, precious possession.

As His disobedient children, Israel had to be punished for their rebellious ways, but God never reneged on His covenant with Abraham not did He cast off His covenanted people. However, he set them aside for a season, because they rejected their Messiah, and during the current dispensation, God is using Church-age believers to witness to a lost world and to draw men to Himself.

But the day is coming when Israel will repent of their past sin. They will obey the voice of the Lord and carry out their covenant promised to God and then, as God pledged to His chosen people... through the prophet Malachi - "on that day, they will be Mine," says the LORD of hosts. "My covenant people will  be mine... on the day that I prepare My own possession, and I will spare them as a man spares his own son who serves him".

Heavenly Father, as I read through Your word and see the wonderful plan of salvation which You purposed to carry out through Your chosen people, Israel, I thank You that despite disobeying the conditions of Your covenant, You never gave up on Your people, and used them to be Your witnesses - through whom was born the Messiah, Who became the sin-offering for the world. Thank You that today You are carrying out Your plans and purposes through the Body of Christ, which is the Church, and thank You that by faith in Him I am also Your precious possession - through faith in the Lord Jesus Christ. Thank You that the day is coming when You will ratify Your New Covenant with the house of Judah and the house of Israel and that Christ will return to set up His kingdom on earth as King of kings and Lord of lords. We praise Your holy name, for Jesus' name's sake, AMEN. 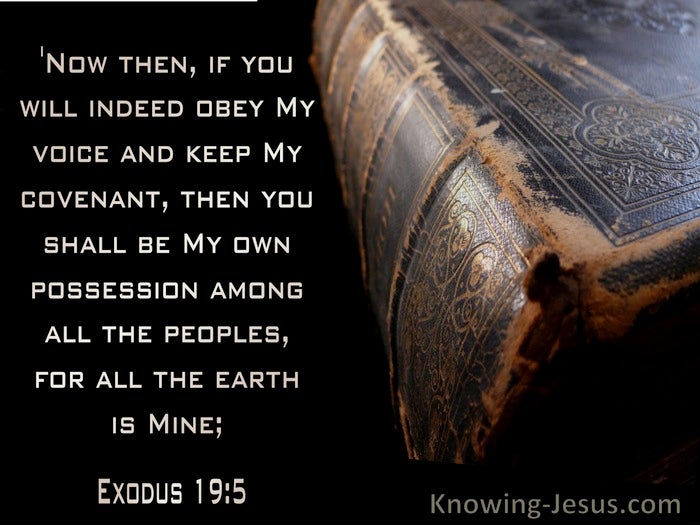 Choose a Verse from Exodus 19 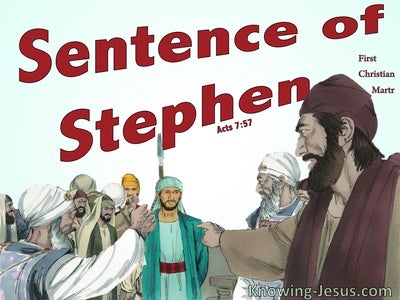 Revelation 1:19
Developed Gift
It Is The Lord!
The World’s Water (Woman At The Well (5)
The Voice Of My Beloved