For the wisdom of this world is foolishness before God For it is written, "He is THE ONE WHO CATCHES THE WISE IN THEIR CRAFTINESS"; 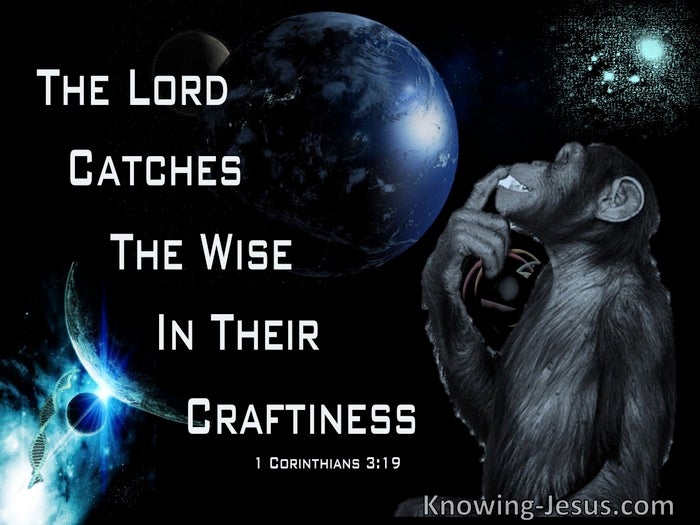 Paul plunges into a section of disciplinary teaching in this chapter, because of the shocking divisions that were taking place within the congregation. Their behaviour towards each other reflected the carnality of the unsaved, causing petty jealousies and strife to divide them.

When Christians behave like the unsaved it mars their testimony, stunts their spiritual growth and causes the Holy Spirit to be quenched in their lives, or grieved by their conduct.

These Corinthians should have been growing in grace, maturing in the faith, receiving the strong meat of God's Word and equipped to support one another, but their fleshly behaviour and prideful attitudes caused them to regress into spiritual infancy.

Far from demonstrating judicious discernment, such inter-congregational squabbles and petty differences identified a fleshly mindset rather than the wise, discerning heart of a man or woman that is walking in spirit and truth.

Their foolish behaviour reflected that of the unsaved rather than a mature child of God. Their fleshly carnality was exposed, when they adopted worldly wisdom, which is foolishness before God, and exhibited a fleshly mind-set, instead of reverence for the Lord.

Paul was pointing out that their carnality, had tarnished their witness, causing them to become unfruitful. He painted a striking parallel picture between the ineffectiveness of this weak Corinthian church, and the crumbling foundation of a sub-standard building.

Their jealousy, strife and petty behaviour had deceived these believers into thinking themselves superior to one another, when it fact it highlighted their foolish, immature notions and arrogant attitudes. By drifting into such prideful carnality these Christians had become fleshly, regressed in their spiritual walk and adopted worldly reasoning rather than godly thinking.

Worldly wisdom and fleshly behaviour is foolishness before God and the one who promotes the wisdom of the world and develops the philosophies of the unsaved are eventually exposed by their own folly.

May we recognise that the shocking division, and petty squabble of Corinthian congregation marred their Christian testimony; stunted their spiritual growth; quenched the work of the Spirit in their lives and exposed their "wisdom" as foolishness in the sight of the Lord. May we determine in our hearts to live our lives unto the Lord and not to fall into the same stupid trap.

Heavenly Father, forgive us for the times we have fallen into the trap of carnality and worldly thinking. I pray that I may keep the eyes of my consciousness upon the Lord Jesus and keep me from allowing the mind-set of the world to infiltrate my heart and affect my witness. I pray that I may develop spiritual wisdom before You and be equipped to forward the good news of the gospel of Christ in a mature manner, that does not engage in unnecessary squabbling or petty differences, but is ready to give an instructive answer for the hope I have in Christ. This I ask in Jesus' name, AMEN. 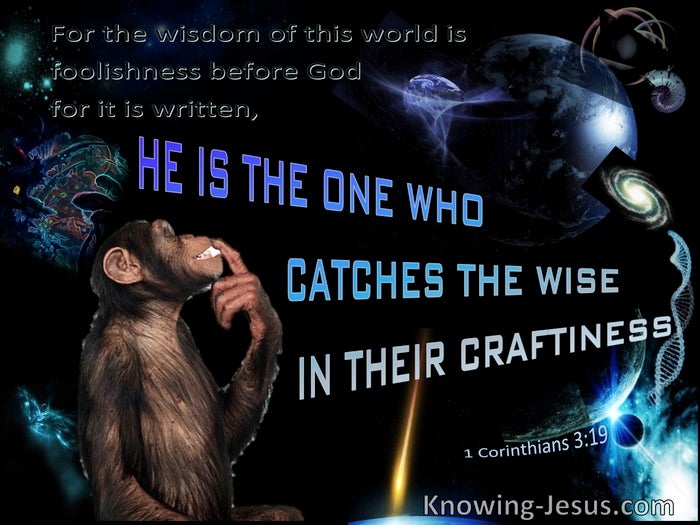 Choose a Verse from 1 Corinthians 3 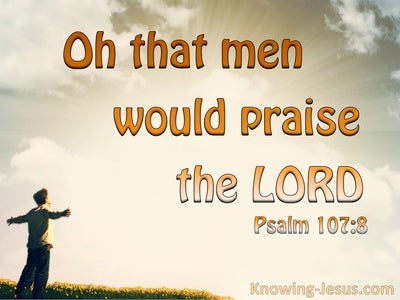 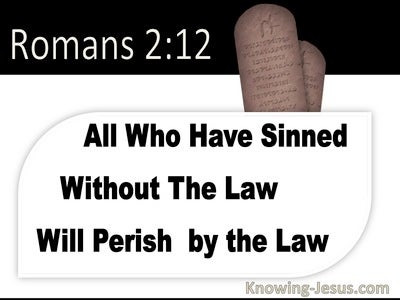